The Ultimate Cold War Nightmare: A Nuclear War Between Russia and America 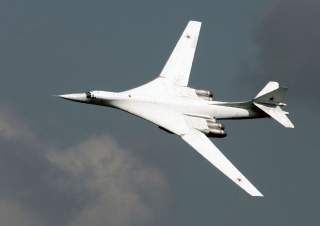 Image: A Tupolev TU-160 strategic bomber performs during the first day of the MAKS-2005 international air show in Zhukovsky outside Moscow August 16, 2005. [Russian President Vladimir Putin flew in Russia's most potent bomber on Tuesday and took part in the launch of cruise missiles in the Arctic, dusting off the military image he cultivated when he first came to power.] Picture taken August 16, 2005. REUTERS / Viktor Korotayev.