The Ultimate Nightmare: Why Invading North Korea Is a Really Bad Idea 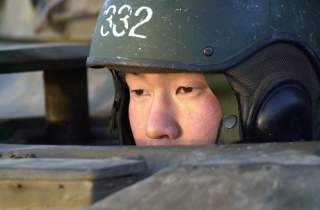 Earlier this month, Pascal-Emmanuel Gobry argued for a US invasion of North Korea.

Thankfully, the general response has been quite negative (here, here and here). Invading North Korea is a terrible idea, and it is worth laying out why in some detail. I do not intend this as a particular shot against Gobry – I do not know him personally – but rather against this general idea, as it does come up now and then.

In 1994, the Clinton Administration came close to launching a massive air campaign against the North (well-discussed here). Then in the first term of President George W Bush, regime change was the watchword and North Korea was on the “axis of evil.” If the Iraq invasion had worked out, it appears other states were on the Bush hit list. Neoconservatives (neocons) love to loathe North Korea.

I should note, however, that in my seven years working in Korea on Korean security issues, I have never heard a reputable Korean analyst argue for preemptive attack in an op-ed, at a conference, on TV, and so on. Nor have any of my hundreds of students over the years argued for this. This is a Western debate that has little resonance with the people who would mostly carry the costs – already a big problem for Gobry's argument.

1. Moral Revulsion Is Not Enough:

Gobry, and President Bush who placed North Korea on the axis of evil, both share an admirably strong moral revulsion towards North Korea which motivates their hawkishness.

Certainly that revulsion is warranted. There is little dispute that North Korea is the worst country on earth, although perhaps the emerging ISIS 'state' is giving it a run for its money. The moral argument against North Korea became clear as early as the 1950s, when Kim Il-sung solidified control of the North and turned it into a cult of personality so servile and vicious scholars began using the neologism “Kimilsungism” to describe it.

But there are of course many nasty, awful dictatorships. Perhaps none as awful as North Korea, but certainly huge numbers of people have suffered in many other states, both powerful and weak. Mao's China comes to mind, as does Cambodia under Pol Pot, or Zimbabwe and Syria-ISIS today.

For a brief moment under George W Bush, after his second inaugural address, it looked as if “promoting freedom around the world” might actually become US foreign policy, thereby justifying widespread global military pre-emption. But that was always wildly impractical, and the American public rejected it immediately. And if there is anything we have learned from regime change in places like Iraq and Libya it is that the unintended consequences and bloodletting can be extreme.

Much of the Western debate on North Korea assumes that South Korea will simply go along with whatever decisions emerge from Washington.

I thought the same before I moved to Korea. Like many, I figured that the ROK was a democratic ally standing “shoulder to shoulder” with the US for freedom, democracy, and so on. But South Korean foreign policy is far more realist. I have been arguing for a long time that South Koreans are not neocons and that they really don't want to up-end the status quo if it is likely to be costly.

Polls have shown for years that South Koreans fear the cost of unification, increasingly don't see North Koreans as a fellow people (for whom they should make a huge sacrifice), and don't think North Korea is a huge threat. The polls also show they dislike Japan almost as much as, if not more than, North Korea, they dislike conscription, and worry a lot that the US might do something rash and provoke a war.

Neocons like Gobry may see this as a moral failing – South Koreans slacking on the defense of democracy and their historic responsibility to end the world's worst tyranny. I will admit myself that I think South Koreans need to step up more on this. But that is ultimately for South Koreans to decide.

Far more South Koreans would like to see the two Koreas slowly grow together after North Korea has changed on its own (for example, by a coup, by Chinese pressure, or by internal breakdown). There are lots of hawks in South Korea (try here and here), but not even the most extreme argue for a preemptive invasion.

If the first two reasons are a little soft, this one strikes me as a show-stopper. The US has never fought a sustained conflict against a nuclear power.

Indeed, the very reason North Korea built nuclear weapons was to deter US offensive action. It is hardly a leap of logic to think that the North would launch once US ground forces arrived on its territory. Gobry assumes, far too blithely, that the US could find all the missiles and hit them before they launch. That is a helluva gamble, and certainly not one South Korea or Japan, the likely targets, want to make. At the very least, we cannot go over the heads of Seoul and Tokyo if we choose to seriously strike the North.

This is a tricky debate, because we have no good opinion data on KPA morale. We guess at readiness based on drills and the ferocious-looking marches through Kim Il-sung Square and so on. But we don't know.

The neocon position in such situations is to again assume the best – that rogue state armies are paper tigers and would collapse quickly. Certainly the Iraqis did in 1991 and 2003. And I would agree that KPA would suffer revolts if pushed into an offensive against the South. But a US invasion would justify all the propaganda Northern soldiers have heard for decades. Overnight they would go from a conscript army used primarily as slave labor on construction projects to defenders of the nation against a long-foretold invasion.

Do we have any sense that the US military would be “greeted as liberators”? That is yet another huge gamble, because if we are wrong, it is a war against a state where almost every able-bodied male has extensive military training. Even in Iraq, the insurgency showed how tenacious third-world nationalism is and how easy it is for such feelings to ignite when faced with armed foreigners, however noble their intentions.

A US invasion would also set US-Chinese relations back by decades, and almost certainly push the US and China into a larger, violent, heavily militarized cold war throughout Asia.

Neocons who loathe China's repressive oligarchy might not care, but post-Iraq, that frightening insouciance about the world's second largest economy would almost certainly be a minority opinion in the West, and definitely would be among America's Asian allies who would carry most of the costs of militarized Sino-US competition.

Indeed, if the US invasion spun out of control – which is easy to envision given the North's nuclear weapons and the size of the KPA – China (and Japan) could easily get chain-ganged in. China went to war in 1950 to keep the Americans off the Yalu River, and that was a war the North started. If the US were to invade, America would suddenly look like an aggressive, aggrandizing power. It would be easy to see the PLA fight once again for essentially the same reasons.

6. Reconstruction would fall to the US:

Here is yet another Iraq lesson neocons seem blind to. When regimes like Libya or North Korea are decapitated, something new needs to be put in place.

Gobry's assumption is simply that South Korea would absorb ex-North Korea. And it probably would in more traditional collapse scenarios. But if the US were to proactively invade North Korea, it would be easy to see Southern and global opinion arguing that this is yet another mess made by belligerent Washington that it should clean up. And there is also the potential for a nasty insurgency by Kimist dead-enders, a point Gobry does not even consider.

Neocons really need to learn a few lessons from Iraq and the war on terror about the use of American force.

This piece was first posted on the Lowy Interpreter here.