The U.S. Air Force Wants to Expand the Range of This Stealthy Cruise Missiles 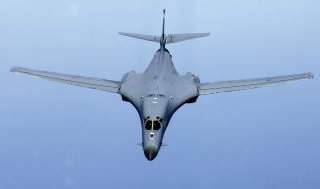 With advanced air defense systems such as the Russian-made S-300 and S-400 families proliferating around the world, it is becoming increasingly difficult for American airpower to penetrate into airspace defended by such anti-access/area-denial (A2/AD) weapons.

While advanced fifth-generation fighter aircraft and next-generation platforms such as the U.S. Air Force’s forthcoming Northrop Grumman B-21 Raider and Penetrating Counter Air (PCA) will be able to operate inside such heavily defended airspace, the bulk of America’s combat aircraft will comprise of a large number of older but still capable fourth-generation fighters such as the Boeing F-15E Strike Eagle, Lockheed Martin F-16C Fighting Falcon and the F/A-18E/F Super Hornet for decades to come.

Though aircraft like the F-15E are still very capable platforms, those jets are not going to be able to penetrate deep inside enemy airspace and will have to rely on standoff weapons. For attack against land targets, the U.S. Air Force’s stand-off weapon of choice are stealthy cruise missiles in Lockheed Martin’s AGM-158 Joint Air-to-Surface Standoff Missile family. The company has delivered more than 2,150 of the original 200+ nautical mile range AGM-158A JASSM and the upgraded 540+ nautical mile range AGM-158B JASSM-ER to date.

However, the Air Force recently awarded Lockheed a new contract to further increase the weapon’s range in the face of growing threats—particularly in Eastern Europe and the Western Pacific.  According to the company, it received an “Undefinitized Contracting Action” for $37.7 million from the U.S. Air Force for continued development of a new wing design for the JASSM-ER. In fact, the company started analysis work on the upgraded wing design last year in March.

"Our customers trust our already proven design and we look forward to enhancing its capabilities for warfighters."

If everything goes as planned, Lockheed will cut the new wing into the JASSM-ER production line in Lot 17.

However, the company did not disclose any other details such as how far the new wing might extend the range of the 2,000-pound cruise missile. It’s unclear how much extra performance Lockheed can squeeze out of the JASSM missile body, however, the weapon has proven to be remarkably adaptable.

Indeed, working with the Defense Advanced Research Projects Agency and the United States Navy, Lockheed has developed a version of the JASSM-ER called the AGM-158C Long Range Anti-Ship Missile (LRASM) which is being adopted by the sea service as its Offensive Anti-Surface Warfare increment one program because of an urgent operational need to defeat advanced enemy surface warships. If everything goes as planned, the LRASM will become operational onboard Air Force B-1B Lancer strategic bombers in 2018 and onboard the Navy’s F/A-18E/F fleet in 2019.

Overall, the JASSM—despite serious teething issues in the early days of the program—has proven to be a valuable weapon in the Pentagon’s arsenal. It will likely continue to grown in importance as advanced air defenses further proliferate.