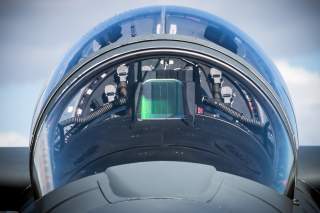 The U.S. Air Force has been unusually tight-lipped about its OA-X experiment where the service is testing the Sierra Nevada Corp/Embraer A-29 Super Tucano, Beechcraft AT-6, Textron Scorpion Jet and the L-3/Air Tractor AT-802L Longsword to gauge the utility of those aircraft in the counter-insurgency role. Would be contractors have been afforded very little insight into the nature of the service’s efforts.

“We know how many times they're flying. We know what weapons they're taking off with and whether or not they're bringing them back,” Taco Gilbert, Sierra Nevada’s senior vice president for intelligence, surveillance and reconnaissance (ISR) told reporters on Aug. 4.

“But what actually happens during the flight, we are not privy to that information.”

From what little information has been provided to the contractors, Gilbert said that the Super Tucano has been performing well during the experiment.

“I would say that the flying has been going very well. We're very pleased with the effort.  We are flying an average of twice a day,” Gilbert said.

“We've done some -- mostly day flying but also some night flying. And the aircraft is holding up well.  Most of the flights, so far, have been, to the best of our knowledge, pretty straightforward, nothing really unusual.”

In the coming weeks, Gilbert said that he expects the difficulty level to sharply increase.

“We are looking forward to what some would see as some of the more demanding aspects of evaluation, things like the unimproved fuel landings,” Gilbert said.

“We understand that most of that has been pushed to the very end of the evaluation.”

However, most aspects of the Air Force’s OA-X  efforts remain shrouded behind a veil of secrecy—but the contractors were forewarned.

“The Air Force has been very clear from the very beginning of this effort that the Air Force participants in the experiment, the pilots and the weapon systems officers, would not be allowed to provide us any feedback at all on their likes, dislikes, mission performance, et cetera, from the evaluation flights,” Gilbert said.

Indeed, while the contractors prepare the planes for flight and perform all of the logistical functions, they have no insight into the nature of the OA-X experiment whatsoever.

“We provide all of the logistics, support, and maintenance on the ground,” Gilbert said.

“So we're there to prepare the airplane, to launch the airplane, and to recover it.  But once they take off and head out over the horizon, that's -- what they do with it as part of their evaluation is known only to them.”

Sierra Nevada hopes that the Air Force will provide the company with some feedback once the experiment is over.

“Whether or not this becomes a program or not, we want to use the feedback to improve the aircraft, just as we have continued to use feedback over the life of the A-29 to continue to modernize, improve it, and make it ever more capable,” Gilbert said.

Overall, though the Air Force has not provided the contractors with much feedback on the performance of their planes, the Gilbert is optimistic about this new approach to the acquisitions process.

“I'm pleasantly surprised in that vein, in that while this requires additional investment from industry because under the OTA contract that we have with the U.S. Air Force to run this experiment, we shoulder a lot of the costs of this effort,” Gilbert said.

Ultimately, if the OA-X becomes a formal program, it could be lucrative for the winning contractor. In addition to potential U.S. Air Force purchases, international partners are lining up to take a look at the OA-X experiment. Indeed, the program could open up a part of the defense market that traditionally has been overlooked because they cannot afford expensive equipment such as the Lockheed Martin F-35.

“We do know there will be some international visitors there,” Gilbert said.

“One would presume they're there to learn more about either the aircraft or the ability to accomplish these missions with this type of aircraft. The U.S. Air Force is a global leader, as I'm sure all of you know, and is frequently observed by other air forces as a pioneering capability, as someone to be the leader in a leader-follower relationship. So when Air Force tries something different, others obviously want to be informed about the results so that they can copy success and avoid failure.”

Time will tell if the U.S. Air Force is serious about the OA-X or not.