This is the U.S. Army's Handbook for Defeating Russia in a War 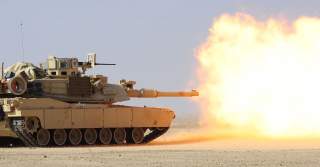 The handbook, a slick sixty-eight-page publication packed with photos and data on Russian equipment that might be used to wage asymmetric warfare focused on Russian operations in Ukraine and the Crimea, which involved small special-operations troops—sometimes operating undercover—and small, heavily armed formations of regular Russian troops backing local separatist groups. It concludes that Russian strategy is based on achieving regime change through teaming up with local proxy forces, rather than conventional military victory by Russian troops. “Because the new objective is the change of an entire system of government, the RNGW approach can use any lever of influence in their reach to achieve this change,” the Army study explains. “Not all regime changes have to be resolved with a military option, but when a military lever is activated, it is done by, with, and through segments of the local population. The involvement of locals gives validity to military action on the world stage.”

The handbook recommends that U.S. forces train to fight in an environment where electronic warfare jams GPS and radios, and setting up a big command post bristling with antennae is an invitation to a Russian barrage. Yet interestingly, while the U.S. Army warns of the power of Russian air-defense and electronic-warfare equipment, it also notes that these items are currently in short supply and concentrated in Kaliningrad, Ukraine and Syria. “They do not have the depth of numbers needed in order to sustain system losses and still function across a broad front. Losing even one of these systems is a significant blow to Russian Forces and creates a gap in their A2AD [antiaccess/area-denial] bubble that can be exploited.”

Image: An M1A2 Main Battle Tank fires at a target during Saweyan Shield, a defensive live fire exercise, at the Udairi Range Complex near Camp Buehring, Kuwait, Nov. 28. Saweyan is the Arabic word for “together”. Soldiers assigned to 3rd Armored Brigade Combat Team, 3rd Infantry Division have been conducting partnership training with Kuwaiti Land Forces since deploying to Kuwait nearly six months ago, building upon the military ties between Kuwait and the U.S.​ Wikimedia Commons