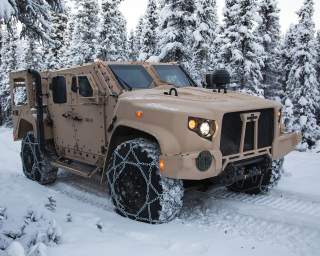 Another key aspect of the Army’s future strategy is called Wide Area Security, an approached grounded in the recognition that large-scale mechanized forces will likely need to operate and maneuver across dispersed populated areas as well as much wider swaths of terrain then has been the case in recent years. Having a dispersed force, fortified with long range sensors, armor protection, precision weapons and networking technologies, will strengthen the Army’s offensive approach and make its forces a more difficult, less aggregated target for enemies. This strategic emphasis also incorporates the need for combat forces to operate within and among populations as it seek to identify and eliminate enemies.