The U.S. Army's New Super Missile Could Dominate the Land Wars of the Future 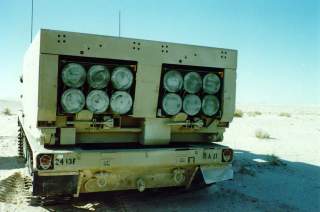 The Emerging Ground-Fired LRPF Will Hit Targets at Ranges up to 500 Kilometers.

The Army is working to engineer a sleek, high-speed, first-of-its-kind long-range ground launched attack missile able to pinpoint and destroy enemy bunkers, helicopter staging areas, troop concentrations and other fixed-location targets from as much as three times the range of existing weapons, service officials said.