The U.S. Military Is Suffering A Crisis Of Strategy, Not Just One Of Readiness 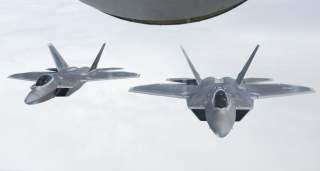 A recent blog in The Hill by Representative Brad Wenstrup (R-Ohio) summed up the situation facing the U.S. military succinctly: “in recent years, Congress has received repeated warnings from senior military officials across every service, testifying to the readiness crisis facing our military. Taken together, their statements are staggering.” According to the 2017 Index of U.S Military Power published by the Heritage Foundation, the overall threat level to the U.S. and its interests is high while the condition of the U.S. military, at best, is marginal.

According to these senior military officials and numerous published accounts, the Army has only three brigade combat teams out of more than 50 fully manned, equipped and trained for major conflict. The proposed Fiscal Year 2018 Army budget will modernize only 20 Abrams tanks and 135 Bradley Fighting Vehicles (there are more the 6,000 of each in the inventory) and will not procure any new Stryker combat vehicles. Due to a lack of spare parts and insufficient maintenance dollars, only about half of Navy and Marine Corps front line fighters are currently available for combat. In addition, the Air Force is short some 1,000 pilots even though its size has shrunk significantly over the past decade.

There are numerous reasons for this readiness crisis. The U.S. military is underfunded, overstretched and in danger of losing its technological edge. One of the primary culprits for this situation is the Budget Control Act which has resulted in the reduction of hundreds of billions of dollars in defense budgets since 2013. With the defense budget topline kept below the levels necessary to support the current size and operational tempo, making up for shortfalls in resources must come from within the defense budget, primarily from modernization.

Despite the commitment of every senior Pentagon official, civilian and military, for over a decade to improving readiness, the state of the Joint Force continues to decline. The U.S. military faces a readiness crisis so severe that, in the event of a major conflict with a large, well-equipped adversary, it could break.

Yet more consequential for the future of the U.S. military than its current readiness crisis is the crisis of strategy. The U.S. military has been at war for more than 16 years. There are reports that the Trump Administration is considering sending more U.S. ground forces to Afghanistan. The White House has already upped the ante in the fight with ISIS, declaring its intention to annihilate the terrorist organization. These changes are but the latest swing of the strategy pendulum between the two choices of deepening U.S. involvement in Iraq and Afghanistan or withdrawing from them.

It should be clear to all by now that the U.S. is stuck to in the global fight against Islamic extremist terrorism. Even were we to win the current wars against ISIS in Iraq/Syria and the Taliban in Afghanistan, ISIS-affiliated terrorist organizations now are operating in more than a dozen other countries from Nigeria, Libya and Somalia to, most recently, the Philippines. While seeking to end U.S. combat operations in Iraq and Afghanistan, President Barack Obama found it necessary to expand counter-terrorist operations in Africa, the Middle East and Asia. The U.S. needs to give up the idea that this is a fight it can win, one for which the military should employ much of its most modern and scarcest resources. Even Secretary of Defense James Mattis recognizes this reality, saying that “the U.S. and its allies are facing a new ‘era’ in global conflict defined by protracted, small wars with extremist militant groups.”

The U.S. must confront the reality that it is involved in a conflict which can neither be avoided nor can be won; it is a problem to be managed. The failure to recognize this truth has allowed successive administrations and their military advisors to avoid the necessity of devising a new strategy, one based on the fact that there is likely no end to the war with Islamic extremist terrorism.

A new strategy might not be necessary were there no other dangers to occupy the Pentagon’s attention. But today there are at least four nations that potentially pose a threat more harmful to U.S. security than that presented by ISIS or the Taliban. The current fight is requiring an enormous expenditure of resources and lives, and adding to the wear and tear on platforms and personnel while, in a budget constrained environment, draining the military of resources desperately needed to modernize its aging force structure for the fights to come. The U.S. must figure out a way to give priority to the more serious threats to national security while still fighting what could be a generational conflict against terrorism.

The state of the U.S. stockpile of precision munitions is illustrative of the impact our current strategy has on the readiness crisis that threatens to overwhelm the U.S. military. The use of precision munitions has become synonymous with the so-called “American way of war”. 50 Tomahawk cruise missiles were employed in last month’s strike on a Syrian airfield. To date, the U.S. and its allies have expended more than 42,000 air delivered munitions against ISIS in just the last two and a half years. Army and Marine Corps artillery operating in support of Iraqi forces have fired an unknown number of precision shells.

The U.S. military needs to devise a new strategy, one that reduces the costs of fighting terrorism while improving those systems and forces focused on deterring if possible, but fighting if necessary, increasingly capable nation state adversaries. Resources harvested from this approach should be devoted to other priority areas such as near-term modernization of the Army and Marine Corps, increasing the annual acquisition of advanced fighters and, in a few years, bombers, growing the size of the U.S. Navy and, perhaps most important, modernizing the nuclear triad. The Trump Administration’s forthcoming National Security Strategy should make this change a priority.