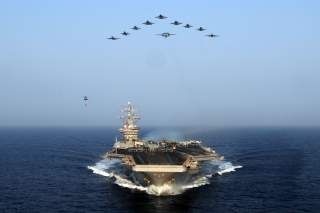 First off, when it comes to America’s carriers, it should be noted that no one really knows how deadly China’s anti-ship missiles, especially at long-ranges, would be in a real firefight. For example, can Beijing find a U.S. carrier in the massive Pacific Ocean? Can they defeat American missile defenses? And as for the case of the dangers poised to advanced submarines, at least as of now, such threats are more on the drawing board than a clear and present danger. As for the challenges posed to stealth, that seems a more realistic and present-day challenge U.S. officials will have to deal with.

(NOTE: This first appeared in Feb. 2016 and is being reposted due to reader interest)