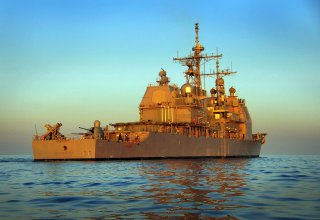 The United States Navy is in a dire situation when it comes to the readiness of its aircraft, ships and submarines.

The blame for the situation can be laid directly at the feet of the U.S. Congress, which has failed time and again to pass a budget. Moreover, even when the Congress does manage to come to some sort of consensus, too often funding comes in the form a continuing resolution that does not provide the services with the flexibility to allocate money where it is needed. That’s compounded by the 2011 Budget Control Act, which adds to the funding disruptions.

The Obama Administration’s fiscal year 2017 budget has helped to stem the worst of the Navy’s readiness declines, but more is needed for the fleet to recover from this debacle.

“More needs to be done,” Adm. John Richardson, chief of naval operations, told the Senate Appropriations Committee on Defense (SAC-D) on May 24. “The challenges are sufficiently deep that it will take both predictable and sufficient funding and some time to fully recover.”

Richardson noted that large portions of the Navy’s aircraft fleet are grounded and there are ships and submarines that cannot sail because they have not been maintained. One of the key problems—especially for naval aviation—is spare parts. “We have not funded spare parts at the required levels,” Richardson said.

Senator Lindsey Graham (R-South Carolina)—during his questions—decried the readiness declines in the Navy and Marines Corps, particularly the dire condition of naval aviation. Both Richardson and Gen. Robert B. Neller, commandant of the U.S. Marine Corps, confirmed that large portion of the Navy and Marine Corps’ strike fighter fleets are not currently flyable due to the lack of spare parts and backlogs at maintenance depots—among other problems. Indeed, more than half of the Department of the Navy’s aircraft are not currently flyable.

While Neller said that readiness rates for the Marine Corps’ strike fighters have improved slightly, the service’s active duty aviators have not seen any real improvements. Indeed, in some cases, the situation seems to be getting worse. “Forward progress is at a glacial pace. We are at the mercy of Congressional funding,” one veteran Marine Corps fighter pilot told me. “Substantial improvements take time after the funding kicks in, part supply gets spun up and manpower is increased.”

The fact is that there is very little that Congress or the services can do to address the problem except to increase the procurement rate of new aircraft. However, the new Trump budget proposal either maintains Obama-era aircraft procurement rates or even slightly slows down jet purchases. “Realistically, we are just stretching until we get more F-35s,” the Marine Corps aviator said.

If the Department of the Navy is to eventually recover from this readiness disaster, the Trump Administration will have to ramp up both maintenance and procurement budgets. There is no other realistic choice.