The War on ISIS: 6 Issues to Ponder Before Escalating the Fight 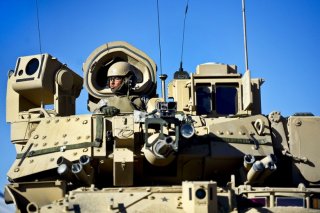 The recent attacks in Paris have spurred a flood of demands to escalate the fight against ISIS. Now that the initial shock is over, it is time to explore in greater detail what such efforts should look like if their results are not to prove worse than the threat that ISIS currently poses. The following is an attempt to sketch a number of questions that should be pondered before a decision to further escalate the war is taken.

First, do the western potential partners to a “coalition of the willing” to defeat ISIS have the stomach for this fight? An effective war on ISIS requires capabilities and determination. Capabilities include both material resources and creativity in using them: high quality tactical and operational intelligence and planning as well as strategic thinking and the capacity to execute effectively the conclusions of such thinking. The defense communities of western countries are not lacking such capabilities. But do leaders and publics in the west have the determination to sustain the human and material costs of such a war?

When fighting is confined to the use of airpower to bomb targets from high altitudes in order to reduce the risk that an airman will be captured by ISIS – no matter that the likelihood of killing innocent civilians is far greater when bombs are dropped from such heights – what does this tell us about the will to take on ISIS?

President Barack Obama’s conspicuous reluctance to deploy a significant number of servicemen and servicewomen on the ground resulted not from an under-estimation of the threat that ISIS poses but rather from the president’s judgment about America: his assessment that the American people will not accept the casualties and expenditures of another massive and sustained effort in the Middle East. Yet if Obama’s premise is correct, the promise to “degrade and destroy” ISIS will continue to ring hollow and it is U.S. deterrence – not ISIS – that will be degraded.

Moreover, the post-Paris inclination to increase the efforts to fight ISIS will be self-defeating if these fall short of the deployments needed to achieve the latter’s destruction. Indeed, without crushing ISIS such an increase will merely confirm ISIS’s narrative – its version of the “clash of civilizations” that pits the western “crusaders” against their Arab and other Muslim victims. Thus the west will pay all the costs associated with larger deployments and the Middle East will experience even greater destruction associated with the use of American, British, French and Russian airpower without meaningful gains.

Second, do the potential Middle Eastern partners have the will for a significantly enhanced against ISIS? So far, these states have shown very limited determination to sustain such a fight.

Because ISIS comprises the # 2 priority of many of the region’s states but with the possible exception of Iran, it is the # 1 priority of none. Saudi Arabia and some of the GCC states perceive Iran to be their main threat. For Turkey the greater fear seems to be the perceived threat of Kurdish separatism. For the Egyptian government it is the Muslim Brotherhood and local ISIS affiliates such as Beit al-Makdis. For most Sunni Iraqis it is the Shi’a dominated Iran-influenced government in Baghdad. And for Israel it is the Lebanese’ Hezbollah and the Palestinian Hamas and Islamic Jihad. Unless these countries become persuaded that their number one  threat is ISIS, it will remain impossible to create a regional contingency of an effective “coalition of the willing” to defeat and destroy it.

Third, can ISIS be defeated without the successful waging of a “war of ideas”? ISIS has had remarkable success in inspiring young men and women from the Middle East and North Africa, Russia, Europe and the U.S. to join its ranks, whether as fighters or as functionaries in their Caliphate. This success cannot be reversed without engaging ISIS’s extremist ideology, debunking the efficacy of its Armageddon-type ethos, and demonstrating that it violates the letter and spirit of Islam. This is critically important even if engaging with the theological aspects of ISIS is irrelevant to the more urgent task of dislodging ISIS from its territorial base in Syria and Iraq.

Fourth, could the “day after” ISIS defeat be even worse than the challenges it currently poses? If the success in defeating the Soviets in Afghanistan has taught us anything, it is that there can be no greater folly than to fail to devote sufficient thought to the “day after.” For Europe, Russia, and the U.S. the Caliphate’s defeat may prove an even greater challenge than its current terror attacks. This is so because during the last few years, thousands of ISIS fighters have gained combat experience fighting some truly tough adversaries – particularly the Kurds.

In the aftermath of ISIS’s defeat, those among its ranks who will not be killed or captured will be heading home, to the U.S., Russia, Britain, France, Belgium, and scores of other countries. Many will have no way to do so other than to cross through Turkish territory – another nightmare for Ankara. Upon their return, some may have the capability and will to take revenge by engaging in various forms of terrorism in their home countries. Others will wait to join new terror organizations that will be formed in the aftermath of ISIS’s defeat, just as Al-Qaeda in Iraq has morphed into ISIS. Thus, a strategy for defeating ISIS that does not include a chapter on managing the risks of the post-ISIS environment is surely bound to prove self-defeating.

While the West has not even begun to think of mitigating the risks in the aftermath of ISIS’s defeat, Middle Eastern countries and Russia are already obsessed with this issue. Indeed, another reason why an effective “coalition of the willing” to defeat ISIS has not emerged thus far is that these countries deeply disagree about the region’s desirable future in the aftermath of an ISIS defeat. Moreover, some of these countries are so mesmerized by the prospects of thousands of combat hardened ISIS alumni that they may prefer that ISIS be contained within ever smaller enclaves in Syria and Iraq rather than be entirely dislodged. This may be especially true for Russia for whom the return of ISIS veterans to Chechnya and the Caucuses may be a much bigger nightmare than a contained Caliphate. In that case, we may be dealing with a case of massive hypocrisy: many of the governments that currently profess to be committed to ISIS’s defeat may much prefer to see ISIS contained but not destroyed.

If competing visions and interests regarding a post-ISIS Middle East is currently paralyzing the efforts to build a “coalition of the willing,” it is essential that diplomatic efforts to negotiate the construction of such a coalition focus on this topic: can the gaps between these different visions be reduced? Can the interests of the countries that are candidates for membership in such a coalition be made to better align?

Fifth, is it not time to rethink the role of Russia and Iran? It seems almost self-evident that the suggested reexamination of the various parties’ interests and of their possible better realignment should include rethinking the role of these two countries. Such rethinking might include showing greater empathy to the challenges and predicaments that these two countries face. This has not been the case thus far – President Obama has not shown nearly the same level of sympathy to the Russian lives lost by ISIS’s bombing of the Metro Jet plane in the Sinai as he has shown in reaction to the Paris attacks.

For some members of the possible “coalition of the willing” the suggested rethinking requires a complete about face – from regarding these two players as a big part of the problem to considering them as part of the solution. Yet the potential benefits of persuading Iran and Russia to play a more constructive role are enormous. In the case of Moscow, these benefits may extend far beyond the Middle East, as they may open the road to a new grand bargain with the west aimed at significantly reducing the odds of escalation to a nuclear war with Russia over the Baltics and the Ukraine.

Finally, can the defeat of ISIS be meaningful and sustainable without restoring the deteriorated Middle East states? It is difficult to see how a defeated ISIS can be prevented from simply morphing into another terror organization without a restoration of the region’s state system. This does not imply that the region should remain wedded to its existing regimes. Indeed, there are good reasons to suspect that the failure of many of these regimes to meet the minimal expectations of their constituencies has created the “breeding ground” for terrorism to flourish. But it probably means that the region’s states must be restored as unitary actors that enjoy a monopoly of force, that the institutions of state must be rebuilt to respond to their citizens’ expectations, and that these states must have defined, well marked and well protected boundaries that would make it more difficult to import and export violence across the region.