The War That Proved Stealth, A-10s, GPS and 'Smart' Bombs Were the Future 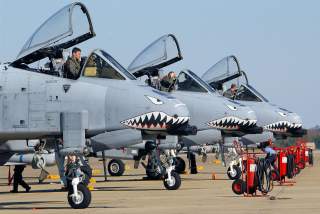 This approach was successfully used in Desert Storm, marking a historic shift in the strategic use of air power.  In fact, a similar conceptual framework was used more than 10 years later in the opening attacks of Operation Iraqi Freedom.