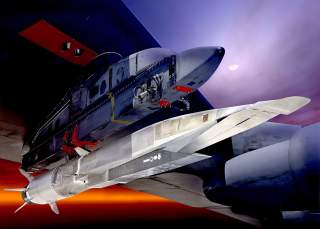 The US wants to say in front of China with hypersonic weapons able to travel at five-times the speed of sound and destroy targets with a "kinetic energy" warhead.