Is the World's Number Three Economy Headed Towards a Fiscal Crisis? 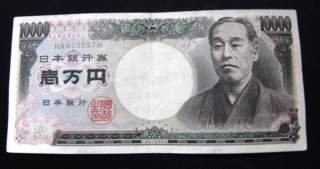 Economics is imprecise, and so are predictions made by economists. In the early 2000s, renowned economists argued that the so-called ‘US twin deficits’ were unsustainable, and predicted that a crisis accompanying a free fall of the US dollar was imminent. In the end, a major crisis did originate from the United States in 2008. But it was not a balance of payments or fiscal crisis, and in its aftermath, we saw a sharp appreciation of the dollar.

Similar warnings have been repeatedly voiced by mainstream economists about the sustainability of Japan’s public debt and deficits for many years. Japan’s public debt to GDP ratio was a staggering 248 per cent as of the end of 2015, by far the highest among any developed countries. Arguments have been made that the ratio is not as bad as it looks. Some of these arguments are correct, but even when taking them into consideration there is no denying that Japan’s public debt is way too high by international standards.

Yet no fiscal crisis has happened so far in Japan, and not even any remote sign that this is in sight. The market yields on Japanese government bonds (JGBs) are currently negative up to 10 years, and investors are buying the yen as a ‘safe haven’ currency every time global risk aversion rises. All this is a major embarrassment to those who have been crying wolf.

So are economists’ predictions not to be trusted? Is Japan somehow very special and immune to fiscal crisis? I wish I could say so, but I can’t, and here’s why.

There are four, and only four, ways to reduce a high public debt to GDP ratio. First, run fiscal surpluses and repay the debt. This is the most prudent way of reducing debt but it is politically unpopular. A baby step in this direction, the planned second leg of a consumption tax increase, has been postponed repeatedly in Japan, clearly indicating a lack of the sense of urgency on the part of policymakers and taxpayers.

Second, stimulate GDP growth, thereby increasing the denominator of the ratio. This is a nice solution, but the problem is that there is no magic wand that generates economic growth. And Japan’s rapidly declining working-age population is sure to depress growth to close to zero for decades to come. The structural reform component of Abenomics is supposed to raise Japan’s growth potential, and some positive results may come out of it. But whatever we can expect from this is way too small to counter the population dilemma Japan is facing.

The third path to debt reduction is a default on and the subsequent cancellation of debt. The government will never choose this option, but it will be forced upon it when the financial market comes to question the repayability of debt, pushing JGB yields up high. This will indeed make public finance unsustainable. We have seen this happen in Greece.

When interest rates shoot up, the Bank of Japan (BoJ) could bail out the government by buying a large quantity of JGBs. But the resulting massive supply of liquidity would trigger the fourth method of reducing debt: high inflation that brings down the real value of debt. This would be clearly against the BoJ’s mandate of price stability, but given the dim prospects for better solutions, ‘inflating the debt away’ increasingly appears to be the only answer.

This brings us back to the question of why JGB yields are negative in spite of dire fiscal conditions and the lack of appropriate remedial action.

The main reason is because the BoJ is already buying a huge quantity of JGBs and other assets, effectively paralysing the financial markets’ pricing function. But inflation is hardly moving upward. After the BoJ began qualitative and quantitative easing measures in April 2013 CPI inflation picked up slightly but it has moved back to negative territory in recent months. This means that the ‘trigger’ mechanism mentioned above is not working for some reason.

Interestingly, this is seen to be the BoJ’s failure, since the BoJ was supposed to have achieved its 2 per cent inflation target by 2015.

But this is actually good, or even great, from a debt sustainability point of view. As long as inflation stays dormant, the BoJ can legitimately keep government bond yields depressed. This eliminates the need to take any politically unpopular action for fiscal consolidation. And JGB yields are so low now that the government is inclined to spend through supplementary budgets rather than to consolidate.

But how long can this comfortable procrastination last? Maybe I should not cry wolf by saying that the day of judgment will come soon. But the longer we delay substantive remedial action, the more serious will be the eventual adjustments imposed on the government and the Japanese economy. Japan may be special because its debt has become this high without a crisis. But it is unwise to push this luck too far.

Masahiko Takeda is Professor of Applied Economics at the Graduate School of Economics, Hitotsubashi University.