There Is One Simple Reason Why Drones May Replace Submarines 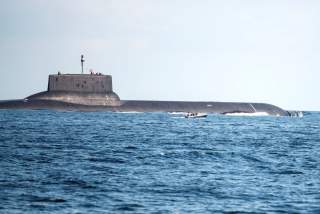 Graeme Dunk’s recent post described challenges to Australia’s submarines in correctly classifying and discriminating between friendly and potential adversary submarines of similar design, such as the Kilo-class submarines operated by Russia, China, Indonesia, India and Vietnam.

A key question, which I can’t answer, is: what amount of risk is acceptable in deploying our multibillion-dollar submarines into potentially hostile waters? This post explores some existing and emerging technologies that could mitigate mission risks for our upgraded Collins and Shortfin Barracuda submarines.

In my opinion, autonomous undersea vehicles (AUVs) and autonomous surface vehicles (ASVs)—whose cost is microscopic compared with the cost of a submarine—must be considered. The Mark 48 Mod 7 torpedo size is the only option if AUVs are to be launched through our future submarines’ torpedo tubes. That gives eyes and ears in advance of the submarine to check for mines and to identify other submarines and potentially hostile AUVs.

The downsides of using AUVs launched like a torpedo are that only a small number can be carried and in time they have to self-destruct to avoid capture. One option to increase numbers is to use a large ASV like an unmanned rigid-hull inflatable boat, launched well away, to tow AUVs to a release point where they can dive under the surface.

Enter the small glider ASV. By continuously harvesting energy from the environment, autonomous gliders are able to travel long distances, hold station, and monitor vast areas without ever needing to refuel. That makes them ideal for monitoring an underwater environment for months at a time, including warning of other submarines or adversary AUVs heading towards our submarine or warship.

The glider’s two-part architecture and wing system directly convert wave motion into thrust, and solar panels provide electricity for sensor payloads. The glider is equipped with GPS and sophisticated computers for navigation and payload control, with satellite communications systems, and with sensors to monitor beneath and ahead of them. Comprising a float about the size of a really thick surfboard on the surface, sporting solar panels and an aerial, the actual winged glider with sensors and other smarts is tethered around 7 metres below the surface.

Gliders can be released by almost any navy ship, well out of harm’s way. They can even travel to a distant area, collect data, and return for maintenance without ever requiring a ship to leave port. In 2012, two Wave Gliders completed a world-record 9,350-nautical-mile crossing of the Pacific Ocean, from San Francisco to Hervey Bay in Queensland, providing proof of the reliability and endurance of this new technology.

The RAN recently acquired several REMUS 100 AUVs and six Liquid Robotics Wave Gliders, one of which is used by the Defence Science and Technology Group (DSTG) for research.

DSTG research on autonomous systems led to a further July announcement by the minister on a new Cooperative Research Centre (CRC). The press release says:

The first Defence CRC will focus on Trusted Autonomous Systems to deliver game-changing unmanned platforms that ensure reliable and effective cooperation between people and machines during dynamic military operations.

‘To be effective, Defence needs autonomous systems to be highly trusted, robust and resilient and this initiative will bring together the best researchers from industry and universities to develop the intelligent military platforms of the future,’ Minister Pyne said.

The CRC will receive an annual funding of $8 million with a maximum of $50 million over a seven year period.

Those attending the PACIFIC 2017 Conference in Sydney in October will be able to join in six and a half hours of expert presentations and subsequent discussion on AUVs and ASVs.

In October 2016, the Royal Navy (RN) hosted the two-week Unmanned Warrior exercise in the waters off Scotland’s Western Isles. It featured 25 AUVs, ASVs and UAVs, plus some other products, supplied by 40 organisations from many countries, and a few manned RN vessels; by the end they had successfully laid and hunted 50 mines, all coordinated through one command and control system.

In November 2018, the RAN and DSTG will host the Autonomous Warrior exercise in Jervis Bay. Two years in preparation, it will feature a strong local and international presence from navies, the defence industry and academia.

These Australian trusted autonomous system initiatives deserve the support of our whole defence community. They will definitely help protect crew lives and the massive investment in our future submarines.