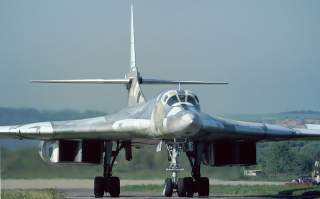 As they now exist, Russian special forces represent a major problem for the West at all levels of escalation. In the event of conflict, we could expect Russian special forces to operate at various stages of the conflict, as they have during the Ukraine crisis. If war develops over a border dispute between Russia and one of the Baltics, we will undoubtedly find Russian special operators there ahead of us. In the case of general war, special forces may deploy from submarines or other vehicles to launch attacks throughout NATO’s depth.

There is little question that NATO weaponry remains technologically ahead of Russian. The existence of a gap was clear in the 1980s, and the size of the gulf has grown since. However, the Russian military still commands sufficient resources, and can harness enough innovative thinking, to hurt NATO if a European dispute ever came to blows.

We hope, of course, that these weapons fulfill their purpose as deterrents. Nevertheless, it behooves NATO to think hard about how to solve the problems that these weapons present, especially when used in conjunction with one another.

Senior U.S. defense and foreign policy officials are increasingly focused on a resurgent Russia and the threat it might pose in Europe.

Over the past two years, Russia has behaved aggressively in Ukraine and stepped up its bomber and submarine patrols. Indeed, NATO officials like Royal Navy Vice Adm. Clive Johnstone—commander of NATO's Maritime Command—have pointed out that Russian submarine activity in the North Atlantic is at an all time high. Meanwhile, Moscow is building up its forces in its Kaliningrad enclave. But what is NATO doing in response?

Here are five NATO weapons that will be used to deter Russian aggression in Europe.

On Tuesday, U.S. defense secretary Ashton Carter said that the latest defense “budget invests over $8.1 billion in 2017, and more than $40 billion over the next five years,” giving the United States the “most lethal” submarine force in the world. “And it not only buys nine of our most advanced Virginia Class attack submarines over the next five years, it also equips more of them with a versatile Virginia payloads module, which triples each submarine's platform strike capacity from twelve Tomahawk missiles to forty.”

Though the Lockheed Martin F-35 Joint Strike Fighter is years behind schedule, plagued with unending technical glitches, incurred massive cost overruns and will likely never deliver the capabilities that were originally promised, the stealthy new jet looks likely to become a formidable weapon in time. The F-35 won’t be the fastest, most maneuverable or even the best-armed aircraft on Earth—by many of those measures it’s sorely outclassed by current and even previous generation warplanes—but it has some key advantages.

The Joint Strike Fighter’s strengths are its stealth and sensors, which will allow it to penetrate and strike areas beyond the reach of conventional fighters while also collecting a detailed intelligence picture. The F-35 is also equipped with potent electronic warfare systems, which should prove to be useful.

With its operational requirements documents having been drawn up as the Cold War was ending, the F-35 is less than ideal for dealing with today’s ultra high-end threats emanating from Russia and China. As such, the F-35 is not a perfect or even necessarily a good aircraft, but it is the jet America has chosen to invest in for better or worse. American and allied aviators will have to make it work—and make it work in Europe.

Given Russia’s prowess at developing air defenses—particularly its efforts at developing low frequency radars that are capable of tracking fighter-sized stealth aircraft—the Long Range Strike Bomber (LRS-B) that is being developed over the next decade will be critical to holding targets deep inside Moscow’s heartland at risk.

While the LRS-B program is extremely secretive and is currently under protest, it is known that the requirements for the new stealth bomber call for it to be able penetrate into the densest of air defenses—even those backed by low frequency radar. That means that the new bomber will almost certainly be a flying wing design and might incorporate some electronic and cyber warfare capabilities to blind the lowest frequency VHF radars that it can’t evade with shaping alone.

The Leopard 2A7 is the latest in a long lineage of German tanks designs that started with the diminutive Panzerkampfwagen I—and it will continue to remain the backbone of the Bundeswehr and other NATO powers.

Though it first entered service in 1979, over the years, the Leopard 2 has been improved with a longer L55 cannon that offers far better performance against more heavily protected enemy tanks. One of the self-imposed limitations of the Leopard 2 is the fact that Germany refuses to use depleted uranium for its tank rounds—which means that the Bundeswehr has to find alternative materials. As such, German tank rounds are made out of tungsten—which does not quite offer the performance of a depleted uranium sabot round like the U.S. Army’s M829A3 or future M829E4 (A4 when operational).

Because of the limitations of tungsten ammunition, the Bundeswehr has some doubts as to the ability of its penetrator rounds to punch through the armor of the latest Russian tanks. Specifically, there might be instances where German ammunition might not have enough kinetic energy to ensure a kill against the T-80, T-90 and obviously the new T-14 Armata.

One option for the Germans is to test and certify American ammunition like the M829 series or develop its own depleted uranium sabot rounds. However, there are political and technical challenges that would have to be overcome. Firstly, there is strong political resistance to developing depleted uranium ammunition in Germany. Secondly, using American ammunition might be difficult since those rounds are built to such tight tolerances—it’s not clear if the M829 would be compatible with the longer L55 barrel on the newest Leopard 2 variants.

The Boeing AH-64A Apache helicopter gunship was first introduced in 1986 as a weapon to blunt an anticipated Soviet armored spearhead punching through the Fulda Gap in what is now central Germany. The Apache proved itself an able tank killer during the 1991 Gulf War, decimating Iraq’s beleaguered forces.

Since then, the Apache has undergone many modernizations—adding ever improving sensors and weapons. But like its predecessors, the newest Apache models can carry sixteen Hellfire anti-attack weapons—or enough to wipe out a company of tanks in a single salvo.

While the Apache has mostly been used to fight insurgents in Iraq and Afghanistan in recent years, the powerful gunship retains its formidable anti-tank punch.