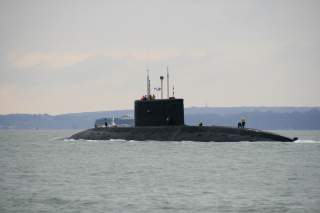 If so, it is an ominous development for the United States and its allies. In fact, Washington has long lobbied Russia not to sell Iran the advanced air defense system, and in 2010, Moscow had cancelled the initial contract to sell Iran the S-300. The Obama administration has often cited the thwarted sale as evidence that Iran policy is working.

And for good reason, as denying this system to Iran is a major win for the United States. The S-300 is a “highly capable, long-range surface-to-air missile” system that was first developed by the Soviet Union in 1979, but has been upgraded numerous times since. According to the BBC, a S-300PMU-2 battalion—which would likely be the variant Iran would buy—consists of six launchers along with command-and-control and long-range radar detection vehicles.

Each launcher carries six Russian-made 48N6E missiles with ranges up to 150 km and altitudes between 27-30 km. The long-range surveillance trucks can track targets from 300 km away. The S-300 can simultaneously track up to six targets and guide twelve missiles.

Along with guarding high-value targets, Iran could deploy S-300 systems along its coastline to assist in an anti-access/area-denial campaign against the United States.

This first appeared in early 2015.