Thinking Beyond Russia: Can America Succeed in the New Nuclear Age? 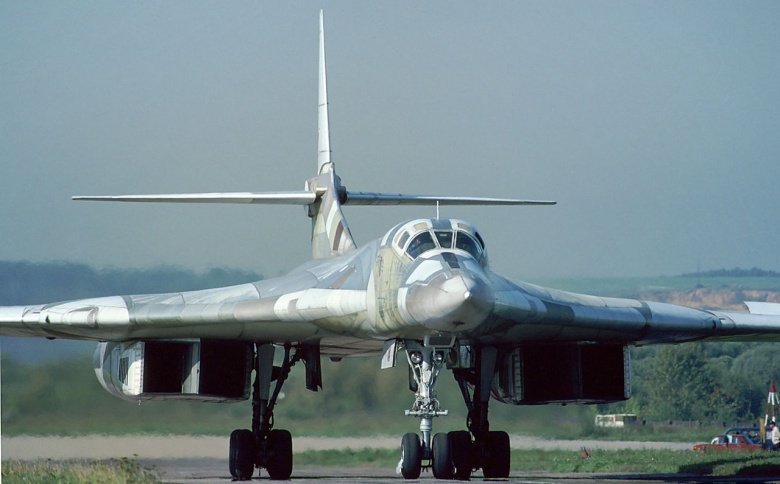 When the Chinese Communist Party held a huge military parade on Tiananmen Square on September 3, it did more than mark the 70th anniversary of the defeat of Japan. By parading some of China’s most advanced ballistic missiles, it also put America and the world on notice that it has steadily become a major nuclear power. China was jostling for position in a crowded field in what some are calling a “new nuclear age.” Yet even as America’s two-decade vacation from nukes is ending, the country’s nuclear thinking remains obsessed with an old enemy, Russia. In order to navigate the unwelcome return of nuclear weapons to international politics, U.S. nuclear strategy and planning needs to change, as well, and new questions need to be asked about our strategic environment.

For a country focused on terrorism and counterinsurgency for nearly 15 years, talk of nuclear conflict seems a throwback to the days of Fail Safe and On the Beach. Yet the disconnect works at two levels. In Washington, D.C., nuclear weapons have been out of fashion since the end of the Cold War and the standing down of the iconic Strategic Air Command, in 1992. Until Vladimir Putin decided to annex Crimea and invade eastern Ukraine, Russia was dismissed by administrations of both parties as a geopolitical has-been, and its nuclear force fit only for further negotiated reductions. Moreover, President Obama’s 2009 Prague call for “global zero” further fueled the belief that nuclear weapons were a horror whose time had come and gone. The fact that the world’s nuclear powers, and some would-be powers, were recommitting to their nuclear arsenals was largely ignored by U.S. policymakers and analysts more focused on immediate threats.

America’s fearsome nuclear arsenal sat quietly in its silos, submarines, and bombers while politicians turned to debates over counterinsurgency and counterterrorism. The nuclear enterprise, as it is called, became a military backwater, and morale and standards suffered, with cheatingscandals and the public firing of both the nation’s number two nuclear commanderand the Air Force general in charge of the country’s ICBM’s. Yet even as the military struggled to restore confidence in the nuclear mission, America’s nuclear war fighters continued their mission 24/7, deep underground in silos, in the ocean depths, or in cramped and aging bombers decades older than their pilots.

Nuclear strategy has seemed as static as the weapons themselves, maintaining a default focus on Russia, seemingly to the detriment of thinking about a more complicated nuclear environment. The esoteric world of nuclear thinkers, satirized decades ago in Dr. Strangelove, may seem a relic from another era, but it is poised for a big comeback, thanks to the nuclear threats slowly gathering on the horizon. The problem America and its nuclear wizards face, though, is that our thinking is not keeping up with the changes occurring around us.

It is true that nuclear policy studies have never completely stopped. Some corners of government, like the Defense Department’s Office of Net Assessment, have continued to explore a future of nuclear proliferation and war fighting (full disclosure: I have participated in a number of those war games/studies). But this year’s annual Deterrence Symposium, held by U.S. Strategic Command (STRATCOM), revealed a preoccupation with Russia that harked back to the Cold War, driven no doubt by public comments from senior officials, such as the new Chairman of the Joint Chiefs of Staff, that Moscow poses an existential threat to the United States.

From the perspective of the men and women who operate America’s nuclear forces, Russia is indeed their primary adversary and target. After all, according to the Bulletin of the Atomic Scientists, it still has 4,500 nuclear warheads, of which 1,780 are deployed on 311 land-based missiles, between eight and ten ballistic missile submarines (SSBN’s), and around 60 strategic bombers. Russia is modernizing or developing new intercontinental ballistic missiles andadding 40 missiles to its land-based force, commissioning up to ten new Borei-class SSBNs with three already launched, and upgrading its bombers. None of this takes into account, moreover, Russia’s 2,000 non-strategic nuclear warheads that can be used in tactical situations, not to mention its violation of the Intermediate-Range Nuclear Forces Treaty.

The composition of Russia’s nuclear forces is just part of why STRATCOM remains focused on Moscow. Over the past year, Putin has revived the art of nuclear coercion, threatening the Baltics with nuclear attack and pledging to use nuclear weapons to defend the annexation of Crimea. This type of nuclear saber rattling has not been heard since the Cold War, at least outside of North Korea, whose extreme rhetoric belies its actual capabilities. Putin’s increasingly charismatic style of leadership introduces an entirely new element into nuclear strategy, whereby one man may have direct control over thousands of nuclear warheads.

Western strategists cannot try to understand Russia under Putin by dusting off Cold War playbooks. Hard questions about changes in Russian nuclear doctrine need to be asked, and the challenge of nuclear coercion needs to be integrated into diplomatic and strategic thinking. Is Putin moving to consider tactical nuclear operations during conflict? Is he dropping the long-standing vow against making a first strike? How will a worsening economic picture affect overall military strategy? Indeed, NATO’s Nuclear Planning Group has recently just startedtackling these questions, but their discussion must spread out into the broader policy community, such as those who deal with Russian politics and even sociological issues. If it remains the purview of cloistered bureaucrats or nuclear planners, it is unlikely to provide the type of encompassing perspective needed to think clearly about what the threat is and how to deal with it.

For all its apparent dangers, though, Russia remains but one nuclear power. It is a far more complex nuclear environment that U.S. nuclear planners and strategists now must also prepare for, and fit into America’s larger national security discussions. Above all, it requires different thinking than during the Cold War, when a largely stable, primarily dyadic nuclear competition between the United States and the Soviet Union was successfully managed for over four decades. The new nuclear era will be multipolar, inherently unstable, and driven by a combination of resentment, ideology, and power politics among multiple players. Our assumptions about deterrence and rationality may be as outdated as our B-52’s still flying nuclear missions.

Not all nuclear threats involve the United States, of course. While both India and Pakistan continue to test new missile systems, their threat is directed at each other. The possibility of a nuclear exchange between Islamabad and New Delhi remains worryingly high, and some nuclear analysts believe that South Asia is the most likely place on earth for a nuclear exchange. For Washington, however, diplomacy may be the only role it can play in the event of a nuclear crisis on the subcontinent.

Other growing or emerging nuclear powers, however, pose a more direct challenge to the United States and its interests or to its allies. They present a more complicated strategic picture in coming years, one requiring a new renewed commitment to intelligence gathering, analysis, diplomacy, and planning. It is also where the most innovative and hardest questions need to be asked, given how little we have thought about these nuclear players.

Next to Russia, China may pose the most worrisome threat among current nuclear powers. In September’s parade, Beijing showcased weapons it has already deployed, including the DF-5BICBM, which is China’s first missile to carry multiple, independently targetable reentry vehicles (MIRVs), meaning multiple warheads that can be programmed to hit different targets. Achieving MIRV capability creates a far more difficult anti-ballistic missile picture for the United States and allies like Japan. In addition, China unveiled its new DF-26 intermediate range ballistic missile, which can target all of Japan and range out to U.S. air and naval bases in Guam. Still in the development stage is the DF-41 ICBM, which is also MIRVed and has a range of 12-14,000 kilometers, thereby being able to hit the entire continental United States. The DF-41 is a road-mobile missile, meaning that it is more survivable and harder, if not impossible, to target in a U.S. counterstrike. Further developing a survivable force, China also has at least 3Jin-class SSBN’s, and may have up to eight boats by 2020, with new JL-2 missiles.

Sheer numbers are one part of the story, though. Beyond China’s growing arsenal, U.S. strategists need to pay far more attention how Chinese nuclear policy might change in coming years. Despite some good work in English on Chinese nuclear strategy and posture, we know far less about Chinese nuclear thinking than we do about Russian. This lacuna is made worse by the lack of Sino-U.S. discussions on nuclear weapons matters, and that the Chinese so far refuse to talk to us about arms reduction or limitation. Most importantly, Chinese nuclear doctrine may well be changing as China’s foreign policy and security strategy evolves.

Knowledgeable analysts argue that Chinese leadership circles maintain a belief dating back to the beginning of their nuclear program in the 1960s that the “sole purpose of [Chinese] nuclear weapons is to deter nuclear aggression and prevent coercion” against China. This helps explain, in such analysts’ views, both the relatively small size of the Chinese nuclear arsenal as well as the continuing avowal of the “no first use” doctrine. Chinese leaders, in this view, have never viewed their nuclear arsenal as weapons to be used for achieving military objectives.