Time to Challenge U.S. Assumptions about Terrorism, Security, and Iraq 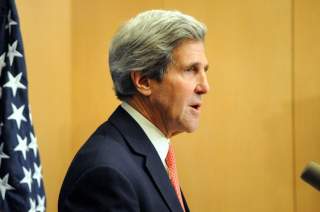 The fall of Mosul shocked Iraqis and Americans alike. In less than 48 hours, insurgents seized thousands of square miles of territory, hundreds of millions of dollars, and placed millions of people under their control.  The Iraqi army is in tatters, terrorists are on the march, and Iran is poised to intervene. Clearly, the U.S. withdrawal from Iraq has not brought the peace which the White House promised.

Historians will judge the wisdom of George W. Bush’s decision to invade Iraq and oust Saddam Hussein, but the situation Iraq currently faces was not inevitable. Rather than use the uprising as fodder for partisan mudslinging, the insurgent march through northern Iraq should be cause for reflection about core U.S. assumptions about terrorism, security, and Iraq itself:

First, it is important to recognize that Al Qaeda is neither dead nor on the run. This may seem obvious, but the majority of journalists with whom President Obama meets privately are those who affirm Al Qaeda’s weakness. The Oval Office isolates every president. It is important they listen more to opponents than supporters.

Second, it is time to recognize that many terrorists are motivated not by grievance but rather by ideology. Diplomats understand terrorism through a lens of grievance, a comforting notion because it suggests addressing grievances can end terror. The Islamic State of Iraq and ash-Sham (ISIS) however revolves around an uncompromising, totalitarian ideology with which there can be no compromise. Consider those who argued that Al Qaeda fought because America occupied Iraq: Does Al Qaeda fight now because America does not occupy Iraq? No. They fight because of their beliefs.

Third, Baathists and Al Qaeda work together. Americans like to place adversaries in inflexible categories: Christians and Muslims, Shi‘ites and Sunnis, and Islamists and secularists. No category is absolute. Muslim Iran allies with Christian Armenia against Muslim Azerbaijan. Shi‘ite Iran supplies the Sunni Taliban. Baathists may be secularist and Al Qaeda Islamist, but in the current uprising, both work together. Residents of both Mosul and Tikrit report veterans of Saddam’s Republican Guard walking hand-in-hand with ISIS. Rumors are rife that Saddam Vice President Izzat al-Douri is back in Mosul. This should not surprise: A decade ago, when Gen. David Petraeus empowered Baathists in Mosul, the result was an Islamist seizure of the city; Petraeus’ Baathist partners simply handed them the keys. There is a reason why the Iraqi government and Shi‘ite religious leaders still embrace de-Baathification.

Fourth, across administrations the Pentagon and the White House exaggerated the training and competence of the Iraqi army. To acknowledge failure in training they supervised would end careers, so generals fibbed, glossed over weakness, or looked the other way. Billions of dollars were wasted. The White House, meanwhile, embraced the idea of Iraqi military competence in order to justify withdrawal. Reality always catches up with rhetoric, however. The question for Obama now is whether the United States is replicating the same blind faith in its training program for Afghans ahead of the U.S. departure there.

Fifth, countering terrorism without boots on the ground is a recipe for failure. To combat Al Qaeda from ‘over the horizon’ requires not only real time imagery but also human intelligence. It is essential to know where the target will be two hours hence and not one hour before. The fact that the ISIS seizure of Mosul caught both Iraq and the United States flatfooted indicates just how poor American intelligence penetration of Iraq has become.

Sixth, Kurdish nationalism—at least among the Kurds’ political leadership—may be more rhetorical than real. True, with their seizure of Kirkuk, the Kurds have realized their dream to possess ‘the Kurdish Jerusalem’ and its oil wealth, but the Kurds still hesitate to declare independence. Perhaps the reason is that Kurdish leaders are loathe losing their portion of southern Iraq’s oil or Baghdad’s subsidies. Independence may still come, but the Kurdish public is right to ask if not now, when.

Albert Einstein defined insanity as doing the same actions repeatedly but expecting different results each time. Alas, without reconsidering the conventional wisdom upon which US policy has been based, the United States is destined to misread Iraq repeatedly.