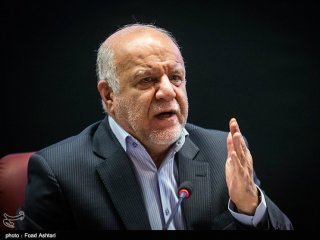 The failed outcome of Sunday’s summit in Doha by top oil exporters was no surprise. Iran’s oil minister, Bijan Zangeneh, from the outset considered it to a politically toxic event to be avoided. He did not go nor did he send a replacement. As Zangeneh put it to Iranian state television, “It [does not] make sense to send any representative from the Islamic Republic, as we are not part of the decision to freeze output.”

He continued: “We can’t cooperate with them to freeze our own output, and in other words impose sanctions on ourselves.” The “they” reference was clearly aimed at Saudi Arabia, Iran’s chief rival and the linchpin in global oil market. From the perspective of domestic Iranian politics, Zangeneh has all the reasons in the world to avoid any entanglement that involves the Saudis. His job, and perhaps that of his boss, President Hassan Rouhani, depends on it.

Zangeneh had for weeks said that he would not attend the summit, even though a production freeze by major exporters and an increase in oil price—which was the intention of the event—would have given the troubled Iranian economy a lift. The summit came at a time when the Rouhani government is frantically looking for anything that can be presented as good economic news to an anxious Iranian population.

Zangeneh’s decision not to attend rested on two key assumptions: first, the prevalent view that the Saudis are adamant not to reach a compromise with Tehran over oil price and Iran’s market share; second, that his mere presence in Doha would have given his hardline detractors back in Tehran ammunition to hit him as an incompetent minister that is weak on the demands of Arab oil producers.

Zangeneh opted to play it safe. Instead, he first vowed to send Iran’s OPEC envoy to Doha, but then backtracked even on that promise in the final hour. Zangeneh’s meandering ways begs the simple question: why all the hesitation and second-guessing to attend an oil conference attended by another eighteen large oil producers? The answer is found in the hard-as-nails factional rivalry in Tehran.

In the current political atmosphere where Zangeneh and the entire moderate government of President Hassan Rouhani are under massive pressure by the hardliners to show proof of economic benefits from signing the controversial nuclear deal in July 2015, the Doha summit was a pitfall that Zangeneh could not risk. At the heart of it, the Rouhani government is extremely careful not to be seen as soft on Riyadh be it over oil policy or regional competition in places such as Syria.

The Saudi question in the context of Iran’s oil policy has even forced the moderate government’s more tepid supporters to come to its defense. One, Saeed Laylaz, a prominent reformist economist, said it was “wrong for Russia and Saudi Arabia that each produce ten million barrels of oil a day to ask Iran to cut back on its one million barrels a day,” for the sake of lifting the oil price.

But the issue here is far deeper than simply semantics around global oil production. In essence, any policy question that involves the Saudis will be handled with utmost care by the Rouhani government. At home, it is pressed to fend off charges of lacking resolve to fight for Iranian national interests by the hardline camp, which includes the top brass at the Islamic Revolution Guards Corps.

Witness, for example, the contentious Iranian-Saudi wrangle at the recent summit of the Organization of Islamic Conference (OIC) in Turkey, where Riyadh managed to gain enough support to pass an anti-Iran resolution, calling it a “supporter of terrorism” and “meddling in the affairs of other countries.” The Iranians were fuming and Rouhani simply could not risk another humiliation at the hands of Riyadh in Doha. That's why they were no-shows in Qatar.

On a personal level, the Iranian oil minister has all the reasons to play it safe. Since he returned to the oil ministry with the election of Rouhani in August 2013, Zangeneh has faced much scrutiny from hardline circles in Tehran.

In the outgoing parliament, attempts were made to impeach him for alleged involvement in corruption in his last stint as oil minister (1997-2005). At the moment, he is facing stiff political resistance in his bid to reform Iran’s massive domestic energy sector. The opposition he faces is no less in his Herculean effort to restore oil and gas production levels and to attract foreign investment now that the bulk of nuclear-related international sanctions on Iran have been lifted.

For now, Zangeneh continues to have the full support of President Rouhani and the implicit acceptance of the country’s Supreme Leader, Ayatollah Ali Khamenei, thanks to his long track record in the oil ministry. That Iran has managed to double its oil production since the nuclear agreement came into effect on January 16 also helps Zangeneh’s standing. Still, none of these realities provide immunity from attack by his toughest political enemies. In this context, and due to the open-ended and multi-faceted Iranian-Saudi conflict, a trip to Doha was simply not worth it.

Alex Vatanka is a Senior Fellow at the Middle East Institute and the Jamestown Foundation. You can follow him @AlexVatanka.