Trump and Cruz Are Killing the GOP on National Security 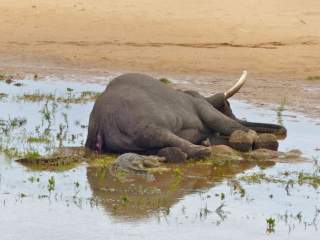 The recent attacks in Brussels have put the conflicts in the Middle East front and center in the Republican primaries. On average, Americans tend to believe Republicans are stronger on national security than Democrats and thus more likely to keep them safe. And yet, Donald Trump and Ted Cruz, the two most likely GOP nominees have grandstanded on vague policy pronouncements from excessive bombing in Iraq and Syria to upending the Iran nuclear deal. Their bluster is aimed at appealing to the base of the Republican Party, which continues to view the region like an old Western movie. That may win primaries, but in the long run, the real-estate mogul and the Texas senator are challenging the conventional wisdom that Republicans are the party to trust on security.

Trump claims he could have cut a better nuclear deal with Iran than the Obama administration. As evidence, he emphatically states the United States “gave away” $150 billion dollars to Iran to secure the accord. What he fails to mention is that the Iranian government has always had sovereignty over these funds (closer to $100 billion): they are proceeds of its oil sales. The U.S. imposed sanctions on Iran’s ability to access this money as leverage in its negotiations so as to curtail its nuclear program. Any deal that did not allow Iran to access its funds would have been a nonstarter for Tehran, no matter the negotiator. It is naïve to believe the Iranian leadership would have signed any deal if it couldn’t access its national wealth.

Furthermore, the coalition that the United States led to enforce sanctions would have frayed if the United States took such an untenable position, exacerbating the perception—particularly by China and Russia—that U.S. foreign policy imposes its will on other countries. It is easy for Trump to play Monday morning quarterback and say the nuclear deal with Iran is a “bad deal.” Just last week, before an audience at AIPAC he empathically proclaimed that he would pull the United States out of the deal. Such a move would put him at odds with the international community and endanger a critical foundation for peace. Trump may have a policy of circumspect whining, but Cruz has actually taken the leap, proudly proclaiming the first thing he will do when he enters the oval office is “rip up the nuclear agreement” and increase sanctions on Iran.

To date Cruz has not been challenged on how he would propose doing this. This is especially surprising, as he proposes a break in U.S. foreign-policy continuity, whereby incoming administrations honor the commitments of previous administrations. Furthermore, sanctions on Iran were effective because the international community rallied around the United States in imposing and enforcing multiple UN Security Council resolutions to halt Iran’s nuclear program. Cruz should know that if he were to unilaterally pull out of the nuclear accord, he would damage the credibility of the United States. Any further agreement a President Cruz—and his successors—would attempt to strike with partners around the world would be met with skepticism.

A Realistic Plan to Defeat ISIS?

In the battle against ISIS, Trump’s position is not entirely clear, but most recently he claimed he would commit 20,000–30,000 American troops. Typically, military analysts say there should be three ground troops for every one enemy soldier, and three times as many support troops as ground troops. With ISIS’s force at about 30,000, that implies the United States would need 90,000 ground troops and 270,000 in supporting roles. It is unclear how Trump got his much smaller number. Even if the United States committed ground troops and defeated ISIS, Iraqi security forces likely lack the capacity to hold the territory, and the dangerous Assad regime would be emboldened. ISIS gained momentum only due to the political offenses and capacity gaps of those regimes—why would history not repeat itself?

Cruz’s approach is similarly problematic, not least of all because he has threatened to “carpet bomb” the desert to see if it can “glow in the dark,” a suggestion not only at odds with international law, but mocked by military experts. As the candidates seem only vaguely aware, bombing is a big part of the current strategy against ISIS—to the tune of eleven thousand strikes to date. Those strikes are narrowly targeted, because ISIS is not operating on an open battlefield, but interspersed within the civilian population. Any real strategy would have to be comprehensive, as indiscriminate bombing will create more terrorists than it kills, and those not in the bull’s-eye would escape to take the fight elsewhere. That is why our counter-ISIS strategy includes a sixty-six-country coalition and a comprehensive set of initiatives, from cutting off ISIS’ funding, to preventing the next generation of recruits, to providing humanitarian assistance. Not only is there little evidence to suggest either Cruz or Trump have a reasonable strategy to counter ISIS, they’d likely make the problem worse for generations to come.

How did the leading Republican candidates come up with such extreme and counterproductive positions? To start: look at their advisors. Cruz recently revealed one of his to be a notorious anti-Muslim bigot. Trump proudly proclaimed until recently that all he does is talk to himself. Now he has unveiled a foreign policy team with the thinnest of credentials.

They may each still have political momentum, but the backlash from national-security experts has been swift and strong. The potential GOP nominees’ views on Muslims, torture and indiscriminate bombing have prompted a four-star general and former CIA director to refer to their policies as immoral and illegal, questioning whether the military would even follow Trump’s orders. And it’s not just him. Recently, 120 Republican foreign-policy experts signed a joint letter opposing a Trump presidency for a range of reasons.

In the past, national-security voters have favored the GOP. Trump and Cruz might change that.

Amir Handjani is a fellow with the Truman National Security Project and Board Member of the Atlantic Counsel.

Ryan B. Greer is CEO of Vasa Strategies, a Countering Violent Extremism strategy consultancy, and a Fellow with the Truman National Security Project. Ryan recently left the State Department, where he served as a counterterrorism policy advisor. He has also worked at the White House and in Congress. Views here are his own and do not represent previous employers.