Trump Has Big Plans for Asia. Well, More Like the "Indo-Pacific" Region. 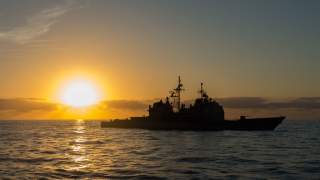 Despite having pulled out of the Trans-Pacific Partnership (TPP) free trade agreement, the United States still seeks to balance against a rising but authoritarian People’s Republic of China by creating a zone of free societies around Beijing’s periphery. Moreover, Washington hopes to leverage a growing India as a counterweight to China’s increasing heft.

“I want to discuss what we mean by Free and Open Indo-Pacific Strategy. And the best way to do that is to focus on the two modifiers that we’ve chosen to describe the strategy: free and open,” Alex Wong, deputy assistant secretary for the Bureau of East Asian and Pacific Affairs at the U.S State Department, told reporters on April 2.

“So by free we mean, first of all, the international plane. We want the nations of the Indo-Pacific to be free from coercion, that they can pursue in a sovereign manner the paths they choose in the region. Secondly, we mean at the national level, we want the societies of the various Indo-Pacific countries to become progressively more free – free in terms of good governance, in terms of fundamental rights, in terms of transparency and anti-corruption.”

Wong said that Washington’s new strategy is not aimed at isolating China, however, the subtext would certainly suggest that is exactly what the Trump administration aims to do.

“The Free and Open Indo-Pacific Strategy is not just about China, and this is for the very simple reason that the region is much larger than China. In the ASEAN states alone, we have 600 million people,” Wong said. “In India, we have 1.2 billion people. And if the United States, together with our partners, can sew together and unify all the peoples of the Indo-Pacific – China included – under a vision that is free and open, that prizes free market economics, that prizes sovereignty, that prizes increasingly freer people and nations free from coercion, that’s not just to the U.S. benefit; that’s to the benefit of all nations in the Indo-Pacific, China included.”

Wong asserts that the Trump administration's move to pull out of the TPP does not run counter to the White House’s own strategy.

“I think the nations of the region and a lot of strategic thinkers will understand that there are strategic benefits to a regional free trade pact that includes the United States and our partners in the region,” Wong said. “But when you talk about strategic benefits and you talk about trade agreements, it’s important not to put the strategic cart before the economic horse. Trade agreements are about economics. Trade agreements are about ensuring, from the U.S. perspective, that there are benefits for U.S. workers and U.S. businesses.”

Thus, from the Trump administration’s perspective, a trade deal that has strategic value but no economic benefits for the American worker is of limited use to the United States.

Meanwhile, Washington wants to bring India into the fray as it struggles to stave off growing Chinese power. Wong noted that the Trump administration has consciously chosen to use the term “Indo-Pacific” to recognize India’s growing clout in the region. Moreover, as China grows evermore powerful, Washington believes that New Delhi’s success is vital to America’s national interest.

“I want to turn your attention to the term ‘Indo-Pacific.’ It’s significant that we use this term. Before, people used the term Asia Pacific, or just simply Asia, but we’ve adopted this phrase for two reasons, and it’s significant for two reasons,” Wong said. “Number one, it acknowledges the historical reality and the current-day reality that South Asia, and in particular India, plays a key role in the Pacific and in East Asia and in Southeast Asia. That’s been true for thousands of years and it’s true today. Secondly, it is in our interest, the U.S. interest, as well as the interests of the region, that India play an increasingly weighty role in the region. India is a nation that is invested in a free and open order. It is a democracy. It is a nation that can bookend and anchor the free and open order in the Indo-Pacific region, and it’s our policy to ensure that India does play that role, does become over time a more influential player in the region.”

Time will tell if the Trump administration’s strategy will pay off.