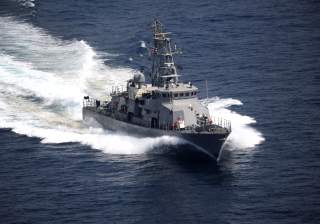 The United State must have the available number of assets for regional presence or surge operations.   In major operations and power projection this means strike groups of major combatants.  But the navy also needs smaller, more affordable vessels for low-intensity operations.  These smaller ships can be built early in the new administration to meet that maritime security gap.  Immediate construction on low-end vessels would also provide a gateway to training a broader, skilled workforce when contracts are in place for eventual larger combatants.

Claude Berube teaches at the U.S. Naval Academy and has worked on Capitol Hill.  He deployed with Expeditionary Strike Group Five to the Persian Gulf in 2004-05..  The views expressed are his and not those of the Naval Academy.  Twitter @cgberube