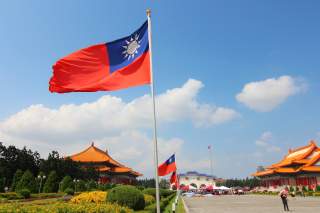 President-elect Donald J. Trump last week seemed to give credence to the claim that the U.S. presidency under him will not be “business as unusual” when he took a call from Taiwanese president Tsai Ing-wen, breaking nearly four decades of protocol and risking Beijing’s ire.

No sooner had the ten-minute telephone conversation been made public than analysis worldwide began speculating about whether it presaged a shift in U.S. policy vis-à-vis Taiwan, the democratic, self-ruled island nation of twenty-three million people, and willingness on the future president’s part to stick it to China, which claims sovereignty over Taiwan. Not only the call itself, but a subsequent tweet by Trump stating that he had received a congratulatory call from the president of Taiwan rather than using the nation’s official designation, the Republic of China, led many pundits, along with a frenzied international media, to conclude that Trump was signaling a policy shift or, worse, that he did not know what he had gotten himself into and had perhaps been used by President Tsai, who needed to score points domestically.

That other presidents before Trump, such as George W. Bush, had also used the word “Taiwan” in speeches and interviews didn’t seem to matter to journalists and headline writers who needed to spice up the story for the weekend. For all his ills and our disagreements with him, Trump didn’t do anything untoward by referring to Tsai as president and to the ROC as Taiwan. Though it avoids the usual careful language used by politicians, it is not, in and of itself, evidence that Trump intends to upend decades of carefully crafted policy.

Based on what we know so far, the call wasn’t an accident but followed consultations between the two sides. Besides suggesting risk taking on Trump’s side, the conversation also serves to assuage fears in Taiwan that a Trump presidency could lead to a U.S. abandonment of Taiwan, which the president-elect’s business background has led some observers to conclude might be what is in the offing—i.e., a “grand bargain” with China.

We can also assume that the call was a means for the Tsai administration to push back against recent actions by Beijing to limit Taiwan’s international space, such as by preventing its officials from attending the ICAO summit in Montreal, Canada, and the Interpol general assembly in Bali, Indonesia, despite efforts by the United States and other Western states to secure Taiwan’s admission. Given that such efforts by Beijing alter the “status quo” in the Taiwan Strait, balance can only be regained by achieving some successes, even if those are only symbolic, elsewhere.

Tempting though it might be to speculate, it’s all too soon. This is the conclusion that Beijing itself seems to have reached, given its unusually restrained response to the matter. However precedent setting the call, it was nonetheless between President Tsai and a private citizen. Whether Trump referred to Taiwan as Taiwan as a signal to Beijing, or simply as most of us do—shorthand for the ROC—is anyone’s guess at this point.

A calm response to what was, above all, little more than a symbolic phone call between the heads of two democratic countries, is needed at this point. Whether, after he enters the White House, Trump decides to drastically alter the nature of the triangular relationship and therefore risk instability will be contingent on his appointments to key positions in his administration. Furthermore, like every president before him, once in office, President Trump will be confronted with reality and the many institutional pressures, both domestic and external, that in the past have compelled leaders to adopt more careful positions.

Since the institution regards stability and the “status quo” in the Taiwan Strait as in the United States’ best interest, it is not unlikely that even if he did intend to initiate a clean break with the past, President Trump will also move toward the center on the Taiwan “issue.” After all, it wasn’t so long ago that another incoming president said he would do “whatever it takes” to defend Taiwan, only to turn around and do what his predecessors had done. Both the usually vitriolic Global Times and foreign affairs spokesman Lu Kang have made clear what Beijing’s position is and China’s intent to work closely with his administration.

Therefore, barring a fundamental—and in my opinion relatively unlikely—change in the triangular relationship, there is only a slim chance that Beijing will retaliate against the United States over the telephone conversation. The Chinese are patient, and they know better than to jump the gun and in doing so give every incentive to the incoming president to be harder on China.

Instead, Beijing is likely to seek retribution against Taiwan and President Tsai, whom it has already accused of playing “small tricks.” In so doing, Beijing could draw its own red lines around Taiwan without risking its relations with the United States, at least not to the same extent that directly retaliating against Washington would. Such actions could take the form of renewed efforts to deny Taiwan access at various multilateral organizations, the stealing of diplomatic allies, as well as punitive economic measures and more intense or frequent military exercises aimed at a Taiwan contingency.

Should Beijing adopt such a strategy, the domestic benefits to President Tsai stemming from her conversation with Trump could quickly be countered by a suddenly harsher environment in the Taiwan Strait and a return to the more contentious politics that characterized Taipei’s relations with Beijing under Chen Shui-bian (2000–08). What remains to be seen is what kind of ally Taiwan will have in Washington if and when such a shift occurs in the Taiwan Strait.

J. Michael Cole is a Taipei-based Senior Non Resident Fellow at the China Policy Institute, University of Nottingham, UK, and a Research Associate at the French Center for Research on Contemporary China. He is the author of Convergence or Conflict in the Taiwan Strait, published by Routledge in September 2016.