Turkey Shoots Down Russian Warplane (And Any Hope of Safe Zones) 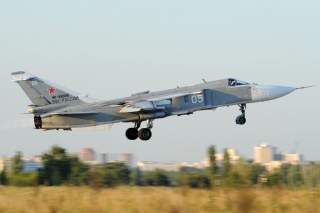 Unfortunately, an incident like this one was imminent, if not overdue. Turkey had repeatedly complained last month of Russian incursions into its airspace, prompting NATO to condemn the “extreme danger” posed by these violations of sovereignty. Turkey had also explicitly warned Russia that it was prepared to defend its territory. In meetings with the Russian ambassador to Turkey, Turkish Prime Minister Ahmet Davtoglu said that Turkish pilots were instructed to intercept any Russian aircraft which entered Turkey.

Ironically, Turkey may have also shot itself in the foot by killing any hope of a no-fly/safe zone in Syria – a policy it had long been advocating but one which was of extremely questionable viability. Turkey’s plan had sought to reinforce friendly rebel groups in northern Syria to the point where they would be able to completely force the Islamic State out of a swath of Aleppo province and then establish a no-fly zone over that area. It had struggled to sell this idea to its NATO allies who raised a number of questions and concerns over the affiliations of the Turkish-backed rebel groups and their ability to effectively secure these spaces on the ground. The United States and its partners in the coalition against ISIS also had been extremely wary of any plans which could place them in direct confrontation with Russia and their strategic objectives in Syria.

Indeed, Tuesday’s incident underscored the fact that the presence of Russian troops in Syria at the behest of the Assad regime has fundamentally altered the nature of the conflict. If any no-fly zone were to be implemented, it would need to be in coordination with Vladimir Putin, who has scant incentive to approve such a plan. Establishing a no-fly zone would not only jeopardize the gains the Assad regime forces have made with the backing of Russian airpower, but it could also hamper Putin’s efforts to strike back at the Islamic State in retaliation for its bombing of a Russian airliner over Egypt last month.

Tuesday’s incident will likely make Putin even less disposed to be open to such a plan, as his promised reprisals will probably come in the form of strikes against Turkish-backed groups in Syria rather than against Turkey itself. Though the United States had made strides in de-escalation talks with Russia, relations between Turkey and Russia were already icy before Tuesday with the two harboring demonstrably different strategic objectives in the conflict. Now, any hope of bringing the two parties to the table to discuss the establishment of safe zones in Syria has effectively been quashed, making the Obama administration’s earlier decision to shelve the idea of safe zones seem prescient.