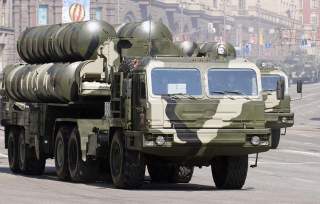 Turkey appears to be determined to press ahead with the purchase of Russian-made S-400 air defense systems from Moscow even as the United States pressures Ankara to walk away from the deal. Turkey points out that NATO allies did not pressure Greece to drop its S-300 purchase in previous year, though that deal came under during a much less antagonistic period in the West’s relations with Russia.

“You’ve said nothing to Greece but you said that you will not let Turkey acquire S-400,” Turkish president Recep Tayyip Erdogan said according to the Moscow-based TASS news agency. “You claimed that the contact with Russia was a mistake. You also said that you might introduce sanctions. We are not going to be accountable to you. We will proceed along the right way without any concessions for the sake of achieving our own goals.”

Russia and Turkey signed a deal for Ankara to purchase the S-400 in September, 2017. Turkey has apparently made a deposit for the new missile system ahead of taking delivery of its first S-400 batteries. However, Turkey might potentially be caught up in recently U.S. sanctions against Russian arms manufacturers.

Meanwhile, the United States is not willing to let Turkey slide into Moscow’s orbit. “Turkey’s geographic location also puts it at the crossroads of the theater’s two primary security challenges—Russian subversion and the terrorist threat from ISIS,” Gen. Curtis M. Scaparrotti—commander of United States European Command and NATO Supreme Allied Commander Europe—said in his written testimony before the Senate Armed Services Committee on March 8. “With instability along its southern border and more than 3 million Syrian refugees within its borders, Turkey has been affected by the Syrian war more than any other NATO country. Meanwhile, Russia benefits from political disputes between Turkey and NATO allies that it can exploit to undermine trust and unity. In alignment with the National Defense Strategy’s direction to fortify the TransAtlantic alliance, USEUCOM will safeguard and strengthen the U.S.-Turkey relationship.”

In Scaparrotti’s view, Ankara is a vital strategic ally of the United States. “Turkey is a strategic ally for the U.S. and NATO, a proven enabler for combat operations, and a pivotal player in our long-term competition for a favorable balance of power,” Scaparrotti said, “USEUCOM actively participates in several ongoing efforts to explore strategic issues and find bi-lateral solutions mutually supporting U.S. and Turkish interests. Through increased intelligence sharing, continued counter-terrorism coordination, and regular military-to-military dialogue, USEUCOM is committed to strengthening the trust between the U.S. and Turkey.”

Nonetheless, Turkey seems increasingly to be sliding out of Washington’s orbit.