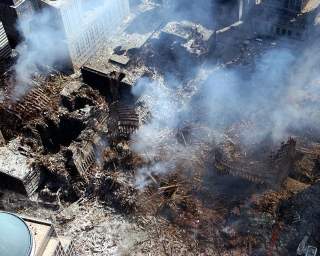 Recently, the world was exposed to the effects of terrorism through two very different events that prompted varied reactions from governments and the public based largely on the perception of risk. These differing reactions provide insights into the need for tailored approaches to terrorism and for enhanced communication.

The first development was the announced electronics ban targeting direct flights to the United Statesfrom some airports in the Middle East and North Africa, which drew skepticism from some travelers who felt governments were going too far in seeking to counter the threat posed by explosives disguised as electronics.The second was the terrorist attack outside Parliament in London, which left five dead including the attacker. The London attack was met with outrage and calls for increased vigilance and greater law enforcement presence.

So does the public want fewer government initiatives aimed at fighting terrorism, or more? The answer could lie in individual perceptions of risk and how much inconvenience people are willing to accept in the name of public safety. The type of attack involved could also play a role in influencing public reaction.

Terrorist interest in using explosives to target aircraft goes back decades. Over the past 15 years, this interest has grown. In contrast, the tactics employed in the London attack are seen as part of a new and growing trend towards vehicle terrorism. Over the past year terrorists have used motor vehicles as weapons, with deadly results in Nice, Berlin, Ohio, Jerusalem, Quebec and now London.

For one thing, the London attack has already occurred and the tragedy was very real. Global media coverage, including witness interviews describing first-hand accounts of the carnage, brought the tragedy to life so that ordinary citizens could almost place themselves at the scene.

In contrast, the aviation ban may seem more abstract, an initiative aimed at deterring some unknown attack at some unknown future time and place. Why only certain airports and airlines? What is special about the larger electronics? Why should airline travelers be inconvenienced in this way?

Some airline travelers may feel they are already better protected than average people walking down the street. Since 9/11, passenger screening has been greatly enhanced, cockpit doors have been hardened to prevent access by terrorists, liquids have been banned, no-fly lists have been established. While some may find these measures excessive, they do provide a degree of reassurance for the traveling public.

The perception of vulnerability for the average pedestrian, however, has likely increased since the recent wave of vehicle attacks. While increased law enforcement presence does occur for special events or when particular threats are identified, the openness and ready availability of the means—a vehicle—could be disconcerting. Who hasn’t looked over one’s shoulder when a car comes racing up from behind?

Another factor could be optimism bias, that comforting feeling that "it could never happen to me." Those interviewed at airports complaining about the inconvenience of placing their electronics in the cargo hold are acting on this bias, while those interviewed immediately after the vehicle attack had their optimism bias shaken to the core.

So what can be done to reconcile the views of those who demand increased security with those who believe new restrictions are not worth the trouble? Communication and transparency are key. The most immediate goal should be to give people the information they need to make informed decisions about their safety, whether that information concerns new regulations or a fresh attack.

Risk is inherent in people's daily lives, whether from accidents or terrorist attacks. No single approach to risk would be reasonable. Governments seek to weigh the threats, vulnerabilities and consequences of particular risks when developing strategies for protecting populations. In this equation, aviation has been assessed to be the more pressing risk and therefore gets greater security than pedestrian walkways. Said another way, air travel is now by design more secure than pedestrian travel. Should the risk change, one should expect to see a complementary shift in security.

Risk perception will undoubtedly continue to be an important determinant in the types of security policies and measures that will be acceptable to governments and the public. Clear and precise communications on the various threats faced, the vulnerability to particular attacks and the potential consequences of such attacks, could help reduce inflated perceptions of risk while at the same time making people more accepting of security enhancing initiatives.