Ukraine's Dilemma: Who’d Want to be a Buffer State? 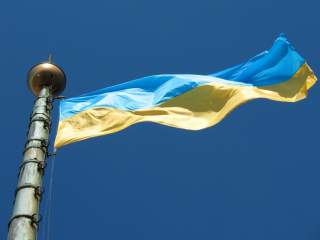 The recommendation that Ukraine be turned into a “buffer state” has been made several times over the past several weeks, and indeed months.  Russia has legitimate fears about the eastward expansion of NATO and the European Union, the argument goes, and so in order to allay these fears—and reduce the overall level of geopolitical tension between Russia and the west—it makes sense to convert Ukraine into a permanently neutral state, one that does not belong under Russian control or western influence.

While this argument might appeal to some because it purports to eliminate the proximate cause of disagreement between Russia and the West, the idea promises to be much more difficult to implement in practice.  The problem, of course, is that Ukraine—its leaders, its people—might not want to be consigned to life as a buffer state.

Indeed, who would?  By definition, a buffer state is a political entity that exists to physically divide rival powers or blocs who do not trust themselves to live side by side with one another.  Buffer states are attractive from the perspective of rival camps because they offer strategic depth—that is, the territory of a buffer state allows each side to keep the other’s forces at arm’s length, thus giving both adversaries confidence that they would enjoy the time necessary to rally a military response to any act of aggression.  Being surrounded by buffer states is a good thing in a dangerous world.

Life in a buffer state, however, is far less rosy than life adjacent to one.  Insecurity is endemic to buffer states.  In the past, Great Powers have militarily violated the neutrality and territorial integrity of supposed buffer states when it has suited them—consider the fate of Belgium in World War I, Poland in the interwar period or Afghanistan in the nineteenth century, for example—and intrigues into the domestic politics of buffer states has been a common occurrence.  To be useful, buffer states must be unthreatening to those that create them, something that can only be ensured through constant monitoring and the threat of interference.  Iranians today harbor great resentment towards Britain and the United States for historical actions taken to keep Iran prostrate.

There are exceptions, of course.  Finland, Sweden and Austria were (it turned out, although it was not so clear at the time) relatively secure during the Cold War despite not formally aligning with either the western or eastern blocs.  Switzerland has been neutral for centuries.  Nevertheless, it is at least possible the people of Ukraine might take one look at the job description for buffer states and decide that life as a demilitarized zone is not for them.  Much better, Ukrainians might reasonably conclude, to join a powerful alliance or acquire the means of national defense that will allow their country to defend itself against a potential aggressor.  Even more likely, Ukrainians of different stripes might continue to see their country’s future in different ways, refusing to accept guarantees that neutralism is a pathway to peace and security.  A popular demand to become a buffer state is unlikely to emerge.  What then?

The implication of arguments made by Stephen Walt, John Mearsheimer and others seems to be that Ukraine will have to have neutrality foisted upon it by external actors.  That, in turn, will require some serious intervention into the domestic politics of Ukraine—meddling that is likely to have unintended and unwanted consequences, as the British and U.S. experience with Iran amply demonstrates.  Even if Russia and NATO do have the clout to force a settlement upon the leaders of Ukraine’s various groups, ensuring the stability of such a settlement will require constant—and perhaps costly—maintenance.

Fidelity to balance of power logic may well mean that Ukraine should accept its fate as a neutral buffer between east and west as a noble sacrifice in the name of European security.  Yet in a world in which the principle of self-determination still matters, and given the intense distrust and insecurity felt by people on the ground in Ukraine, creating the conditions for a stable balance of power between Russia and NATO will not be straightforward.  Do not be surprised if the people of Ukraine insist upon a say in their own future.