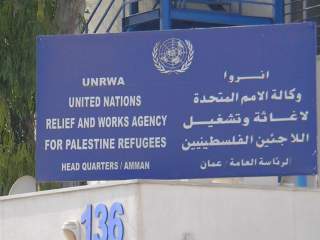 The Palestinian refugee issue has been around since 1948. UNRWA, the United Nations institution dedicated to their preservation, has been in existence since 1950.

With the recent re-approval of UNRWA’s mandate for more than three years, it is worth asking: how long have Western policy makers understood that UNRWA was a tool for Palestinians and Arab states to perpetuate the “refugee crisis” and that Palestinians would never accept anything except repatriation to Israel, an attitude that guarantees hostilities in perpetuity? The answer is, since the beginning. That is why after more than sixty years, British diplomatic documents on UNRWA and the Palestinians are still classified by the Foreign Office.

UNRWA was established to “carry out in collaboration with local governments the direct relief and works programmes as recommended by the Economic Survey Mission.” This mission, under the leadership of former Tennessee Valley Authority administrator Gordon Clapp, had recommended vocational training and regional development as the means to facilitate “reintegration” of Palestinian refugees, either through repatriation to Israel or resettlement in surrounding countries. Arab states clamored for regional development aid, hinted repeatedly that they would accept Palestinians, and throughout the 1950s, billions were poured into aid schemes that improved their infrastructure. But no Palestinians were ever resettled.

The game was apparent early on. In May 1952, the Foreign Office received a remarkable report forwarded by British diplomat Sir Edwin Chapman-Andrews that noted “Everything has been sacrificed to [UNRWA director John Blandford’s] lone effort to “sell” the three-year plan to the Arab states—and SYRIA in particular—while measures which might influence the success of the negotiations are left undone.”

The report lamented UNRWA’s lack of educational and vocational training programs, the lack of a public-relations effort, or any successful agricultural programs in Jordan. Refugee relief was well-organized, but anything related to reintegration was subject to “stagnation, waste and misuse of money and manpower.”

The report concluded, “much stress has been laid by the Director on how the three year plan should be described. It has been called successively ‘Reintegration,’ ‘Resettlement,’ ‘Self-Support,’ … The play with words hoodwinks nobody…” Everything not related to relief was understood as “settlement”—that is, relocating Palestinians to Arab states.

The British representative to UNRWA, Sir Henry Knight was unimpressed and in a handwritten note commented, “This is a poor report.” According to the covering note, the report had originated with “the Friends friends,” pointing to a Quaker group, American Friends Service Committee, which had provided refugee relief in Gaza from 1948 to 1950.

But the rest of the report was taken out of the National Archives in 1982 by the Foreign Office, which for over a year refused to declassify it on the grounds that “it remains sensitive under Section 23 of the FOIA (information supplied by, or relating to, bodies dealing with security matters).”

Finally, after a year of Freedom of Information Act requests, a redacted page was provided with two or three words blacked out, the name of an intelligence source who passed on yet more rumors regarding an underground organization, this one urging Syrian dictators Shishakli and Selo to arm the refugees. Whether the source was Quaker remains known only to the Foreign Office.

But the problem for the Foreign Office is not long-dead intelligence sources named in an ancient memorandum. Rather, it is the fact that the Foreign Office, and indeed all Western chancelleries, knew by the early 1950s that UNRWA could only maintain the Palestinians in stasis.

Then, as now, Palestinian refugees would accept nothing other than full repatriation to Israel. In the interim they demanded loudly that “The world owed them a living,” as a variety of UNRWA officials put it at the time. Indeed, a banner displayed at a 1949 Gaza protest demanded “1. Send us back home. 2. Compensate us. 3. Maintain us until we are refreshed.”

If there were any misapprehensions the Foreign Office had only to listen to Lt. General Sir Alexander Galloway, the retired British High Commissioner for occupied Austria, who had become UNRWA’s head in Jordan in 1951.

Galloway was fired at the demand of the Jordanian government the next year when he refused to dismiss Western employees and hire locals. In August of 1952, he published a blunt op-ed in the Daily Telegraph and Morning Post that lambasted UNRWA, the Arab states and the refugees themselves:

What is the solution? Of course the problem is difficult. Refugee settlement, except under dictatorship, is a long, expensive business. Somehow or other the Arab Governments, the United Nations, UNRWA and some of the refugees have got to face facts. There is a need of a change of heart and a better atmosphere. There is need to distinguish between a tempting political manoeuvre and the hard, unpalatable fact that the refugees cannot in the foreseeable future return to their homes in Palestine. To get this acceptance is a matter of politics: it is beyond the function of UNRWA. Second, a determined effort should be made to get the ‘host’ countries to take over relief from the Agency, thus freeing it to get on with the much more important task of resettlement.

Since then, rather than admit UNRWA was a failure and publicly confront an historically unprecedented situation—a group of refugees who refuse to relocate and host countries who refuse to permit refugee resettlement—the West has simply accepted the devolution of UNRWA into a vast and expensive welfare mechanism. This is a role that UNRWA enthusiastically embraced.

Privately, some clarity prevailed, at least at the outset. But it was accompanied by decades of lying to Western publics that foot the bill for UNRWA about the temporary nature of the project, and then about its supposedly vital and permanent reality. Alternatives, notably turning over responsibilities and funding to Arab states and the Palestinian Authority have never been seriously contemplated.

Lies to the Palestinians also abound—about their own responsibilities, as well as those of their Arab hosts. That the “right of return” remains one of the central obstacles to an Israeli-Palestinian agreement (along with Palestinian recognition of Israel as a Jewish state) demonstrates that little has changed in sixty years. In the meantime, UNRWA has thrived as the internationally funded health, education and welfare system for the Palestinians, something sacrosanct and permanent rather than provisional and temporary. By embracing its role as provider to generations of Palestinian “refugees”, UNRWA forestalled the Palestinian encounter with reality.

Claims about UNRWA’s permanence or indispensability no longer go unchallenged, but British and American policy makers are, if anything, less honest today about UNRWA than they were in 1952. Keeping an ancient report classified is symptomatic of this larger dishonesty. The recent renewal of UNRWA’s mandate is too.