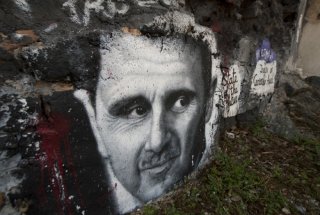 This year’s United Nations General Assembly (UNGA) has been particularly colorful with presidents Hassan Rouhani, Raul Castro and Vladimir Putin all escaping the arctic winds of past diplomatic stand-offs and experiencing a diplomatic Indian summer in New York. Only North Korea’s Kim Jong-Un was left in the cold.

President Rouhani, a potential “shoe-in” for the Nobel Peace Prize, was eagerly courted by a number of European powers hoping to snap up commercial deals with Tehran. Meanwhile, a reunion of old friends occurred between U.S. secretary of state John Kerry and Iranian foreign minister Javad Zarif where they touched delicately on the subject of Syria. Despite this warm atmosphere, Rouhani and U.S. president Barack Obama were still not ready for a meeting (a highlight potentially of UNGA 2016).

After Washington’s attempts to keep Putin isolated in the north, the Russian president arrived with a certain spring in his step. He delivered a thunderous UNGA speech and held a direct meeting with President Obama, which neither man had ever imagined doing only weeks before.

President Rouhani’s coming out party though was a mere sideshow to the thin dark shadow of Syrian president Bashar Al-Assad, the most talked about man at UNGA, which has overshadowed everything at UNGA this year. From Rouhani to Putin, Assad was exalted on the alter of international diplomacy as the only person capable of defeating ISIS. British prime minister David Cameron is expected to concede tomorrow that Assad could even lead the transition in war-torn Syria. Even President Obama acknowledged that compromise is required and that Assad can be part of the transition.

As a very ebullient Assad senior advisor, Bouthaina Shaaban, giddily attested to on CNN after Obama and Putin’s speeches, this is a marked turn around for a president many expected to fall. Assad’s use of the mantra of fighting terrorism as a fig leaf for the systematic extermination and suppression of an uprising against his rule was reaping dividends. The fact that his forces haven’t really been targeting ISIS has been glossed over. Instead of dropping horrific barrel bombs on ISIS, he prefers to drop them on civilians—including children.

President Assad, the poster child of recruitment for joining ISIS, ironically has come out at UNGA as a credible solution to defeating the terrorist group. Suggestions have even been made that an international coalition should be built around him. President Rouhani boldly boasted that there’s an international consensus around this despite the fact that no regional state or major power fully buys into this.

How long will this fantasy continue? An optimist will hope that President Assad’s coming out party is short-lived as his patrons and advocates find out that Assad’s straw house is too fragile to keep together. A pessimist would say that this ruse will take up a lot of diplomatic oxygen at the expense of a real solution as ISIS continues to spread and Assad continues to drop barrel bombs.

Andrew J. Bowen, Ph.D., is a Senior Fellow and the Director of Middle East Studies at the Center for the National Interest.