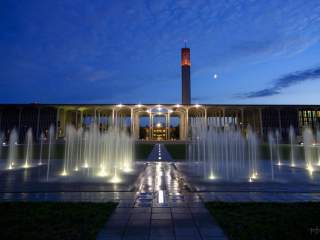 Racism is not a get-out-of-jail free card, and these students found out the hard way.

On January 30, three black female students got into a fight on a bus and claimed that they were assaulted by “10 to 20” white men. The politically correct outrage machine took care of the rest: the trio grabbed national headlines, and the following week a rally was held at the university and the three students made a statement that in the face of this outrageous behavior, they would remain “unbroken”. The hashtag #DefendBlackGirlsUAlbany was created, and onlookers shook their heads and clucked at the plight of black women in everyday America. The students at the podium, with their unbruised faces from beatings they did not receive, appeared solemn and subdued.

Apparently these students forgot that assault is a crime, and crimes necessitate investigations, and investigations require details. It did not take long for the story to fall apart under scrutiny. By March, it became clear that the girls’ claims were not only bunk, but they in fact were the ones who provoked the altercation. Video footage surfaced allegedly showing the women shouting and striking other passengers. The alleged victims of the assault claimed that they feared retaliation for speaking out and that they had been threatened if they did come forward.

Now two of the three girls, Ariel Agudio and Asha Burwell have been expelled from the University of Albany and the third girl has been suspended for two years. This fall from grace will likely follow them for a substantial portion of their academic and professional careers. No one is going to want to hire lying, violent women who attempted to use racism to cover up their abhorrent behavior. Lots of young people get into fights and go on to lead productive lives. There is hope that these girls will, but the road may be longer and more difficult. Given the severity of the crime, I’d say the University of Albany did the right thing here.  The university stood behind their students only to be taken for a ride. The students exploited the media’s “report now and ask questions later” tendency that surrounds stories of race to their advantage. That in itself is anathema to what a community of learning should be about.

The good news—at least for young curmudgeonly opinion writers like me—is that hashtag activism seems to be slowing down as it becomes more apparent that it is not an optimal tool for delivering racial justice. Last week DeRay McKesson was delivered a stunning defeat in Baltimore for the mayoralty, and Maryland’s senate race suggests that in terms of long-term political strategy, the old fashioned methods of building personal connections and coalitions is the most effective.

The internet is famous for delivering instant outrage that masquerades as social justice, and these students knew that. But what the students probably don’t yet realize is that they are discrediting the work that many non-activists to do attempt to rebalance the scales of justice. That work takes time and lasts longer than a few news cycles.