UPS’ Innovation Culture Is A Model For Industry And Defense 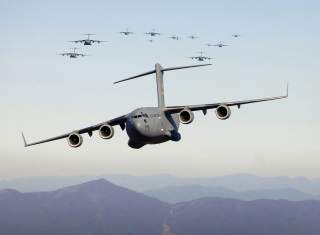 There is a myth that has captivated many senior business leaders, veteran investment analysts and even leadership in the Department of Defense. The fable is that the source of innovation that will drive the U.S. economy and be increasingly important to the effectiveness of the U.S. military is to be found in small startup companies, particularly those involved in the IT space. Silicon Valley is held up as the wellspring of innovative thinking. Businesses, venture capitalists and government acquisition officials are all on the hunt for the next Apple or the follow-on to the iPhone. The Pentagon became so captivated by this thought that the last Administration created a special organization, the Defense Innovation Unit Experimental, or DIUX, specifically to encourage small, high-tech private sector companies to work on cutting edge defense problems.

The reality is that large, well-established companies often are better sources of transformative innovations than small firms. Also, when it comes to moving the needle for large companies and institutions such as the U.S military, it takes more than just having a good idea or even a neat technology. Ideas that seem good on paper or work in the laboratory often fail when taken to the marketplace. Frequently, traditional companies are able to take an idea or a new piece of technology and employ it in innovative ways that transform critical sectors of the U.S. and global economies.

An example of a large company with a history of innovation is the United Parcel Service (UPS). It is one of a handful of companies that have transformed global logistics. UPS is the world’s largest package delivery service. It is also a major force in the field of supply chain solutions. Were it not for companies like UPS, online retailing would look entirely different and businesses such as Amazon might not even exist. UPS set the standard for timely, low-cost and reliable package delivery that others, including the United States Postal Service, have struggled to meet.

UPS has a long history of developing and applying technological advances to improve logistics and supply chain management. The company pioneered the field of electronic sorting and tracking of packages. UPS did the same with the use of cargo aircraft and now operates the 10th largest airline in the United States. The company’s state-of-the-art Worldport in Louisville, Kentucky is possibly the world’s largest automated processing facility and is capable of sorting 416,000 packages an hour. UPS is famous for its success in collecting and analyzing data on the operation of its fleet of delivery vehicles. The result of this effort was, in part, the realization that the company could improve the speed of delivery by requiring that drivers only make right turns.

UPS remains a highly innovative company today. One example of this is its On Road Integrated Optimization and Navigation (ORION) system first employed in 2008. ORION analyzes several hundred thousand potential routes for a driver based on the destination of the packages in the vehicle and within seconds identifies the optimum route. The use of ORION is estimated to save the company 100 million miles and $300-400 million in costs annually.

The company’s drive to be evermore efficient and to reduce costs has led it to invest in one of the world’s largest private fleets of alternative fuel and advanced technology vehicles. The fleet includes all-electric, hybrid electric, hydraulic hybrids, compressed and liquified natural gas, propane and biomethane powered vehicles. UPS employs what it terms “a rolling laboratory approach” to investments in vehicle technology, testing prototypes of new vehicle technologies in real world environments. As a result, the company has developed one of the largest databases on the performance of alternative fuel vehicles and the optimization of their use.

UPS also is on the cutting edge when it comes to experimenting with the use of drones for package delivery. The company has begun tests with a specially-designed, all-electric delivery van that deploys an octocopter drone from a rooftop mount. This system would be particularly useful in servicing rural areas by reducing the number of miles that must be driven to deliver a package. Equally interesting, the UPS Foundation has partnered with robotics company Zipline, several aid organizations and the government of Rwanda to explore the use of drones for the delivery of blood products, vaccines and critical medical supplies to remote parts of the globe.

The goal of maximizing efficiency, minimizing waste and reducing shipping costs is the charter of UPS’s Packaging Innovation Center. The explosive growth of e-commerce and home delivery is driving the effort to make it easier, safer and less expensive to ship goods. Consumer-friendly and eco-friendly packaging is also becoming a more important consideration for both retailers and shippers.

The innovations UPS is pursuing should be seriously studied by the U.S. military. War, like business, is all about logistics. Military thinkers throughout history have remarked on the importance of logistics to success in war. One of the best comments on the subject was by General Robert H. Barrow, former Commandant of the Marine Corps: “Amateurs think about tactics, but professionals think about logistics.”  Logistics is one of the most complex and costly parts of operating a modern military. The use of advanced route planning software and fleets of alternative fuel vehicles could save the Pentagon hundreds of millions in fuel costs. The weight and cost of packaging is an important consideration for a military that must move most of its supplies thousands of miles from factory to foxhole. The military also has been very interested in the use of drones for the delivery of critical supplies on the battlefield. The Pentagon should consider partnering with UPS in the identification and implementation of innovative logistics concepts and technologies.