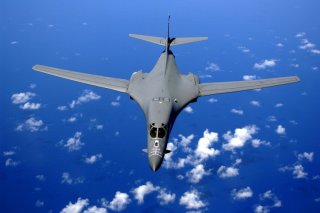 In the last year, the U.S. Air Force has conducted at least three trial runs of a bombing campaign against Iran’s nuclear facilities, according to a report in Politico Magazine.

“At least three times in the past year, a B-2 stealth bomber has taken off from an Air Force base in Missouri and headed west to the White Sands Missile Range in New Mexico. For these missions, the $2 billion plane was outfitted with one of the world’s largest bombs,” the report by Michael Crowley said, referring to the Pentagon’s Massive Ordnance Penetrator (MOP) bomb.

“Those flights were, in effect, trial runs for the attack on Iran that President Barack Obama, or his successor, may order if diplomacy can’t prevent Iran from trying to build a nuclear weapon.”

The Wall Street Journal previously reported that the Pentagon had done a trial run of the MOP back in January. That report noted that B-2s carrying the bomb had taken off from an Air Force base in Missouri but said the location of the test was unknown.

The MOP is the most powerful non-nuclear bomb in existence. Weighing in at some 30,000 tons, the bomb can reportedly burrow through 200 feet of earth and 60 feet of concrete before detonating.

The aforementioned Wall Street Journal report said that, “to destroy or disable the underground facilities, the Pentagon envisages guiding two or more of the bunker busters to the same impact point, in sequence, extending the weapon’s burrowing power.”

The same report said that the MOP had received upgraded electronic countermeasures to prevent the Iranians from using jammers to disrupt the bomb’s internal guidance systems. The guidance systems themselves, the report added, have been upgraded to give them enough precision that B-2 bombers could drop one of top of the other.

The U.S. Air Force’s bombing runs have taken place as Iran and the P5+1 powers (the United States, United Kingdom, France, Russia, China and Germany) have made significant progress towards reaching a comprehensive agreement over Iran’s nuclear program. In April, the two sides reached a framework agreement for the deal and negotiators are currently trying to hammer out technical details ahead of a June 30 deadline for reaching a final, comprehensive agreement.

Both sides have indicated that they are willing to negotiate past the deadline if a deal isn’t struck by June 30.

President Obama has repeatedly said “all options are on the table” to prevent Iran from acquiring a nuclear weapon, indicating that he would order air strikes against Iran’s nuclear facilities if Tehran made a dash for the bomb.