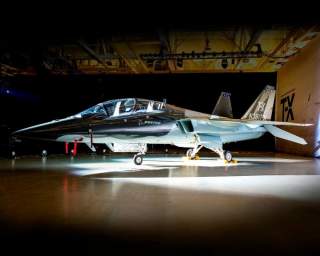 The United States Air Force is badly in need of a new jet trainer. The existing aircraft, the Northrop T-38, was first built in 1961. The average age of the current fleet of some 400 T-38s is over 43 years. The T-38 has already undergone one major, expensive upgrade and service life extension program in the early 2000s and will require another one if not replaced in a timely manner.

But the gap in capability between an aircraft representing the technologies of the last century and a combat force that will consist predominantly of fifth and even sixth-generation platforms is growing. The T-38 is unable to conduct 12 of 18 advanced pilot training tasks requiring that they be performed in fighter and bomber training units at significantly increased costs.

The Air Force knows it has already delayed replacing the T-38 far too long. The rationale for delaying acquisition of a new trainer, a lack of money, makes little sense when one considers the increased costs of sustaining a 40-year-old aircraft that will be 60 years old by the time the last one leaves service, the costs imposed on other training units and the expense of upgrading an aging and obsolescent aircraft.  Already the Air Force has been forced to undertake replacement of life-limited structural components on some 150 at-risk T-38s to ensure an adequate trainer fleet through the end of the 2020s. These are upgrades needed merely to keep the old T-38s flying and do nothing to enhance their performance.

The current plan is to release the formal Request for Proposal (RFP) in December and award a contract by the end of 2017. According to Air Force and industry sources, initial operating capability is to be delivered in 2024 and full operating capability in 2034. Any further delay in completing the acquisition process or in providing aircraft will put the Air Force in an untenable position. The service has an array of major programs that will be in full rate production in the 2020s and 2030s including the F-35 fighter, B-21 bomber, KC-46A tanker, intelligence platform replacements and a new search and rescue helicopter. After that there is the potential sixth-generation fighter and a follow-on strategic tanker.

Clearly with only seven years between contract award and IOC, the T-X program cannot go through the standard acquisition process which normally takes 12 to 20 years. Initially, it was believed that the Air Force would specify an existing airframe or non-developmental item. Two of the four teams expected to compete for T-X will offer a variation of a current platform: Lockheed Martin and KAI with the T-50A and Raytheon teamed with Leonardo to provide the Alenia Aermacchi M-346. But the Air Force changed its mind and will allow a clean-sheet design so long as the offer can meet the proposed schedule. Northrop decided not to go with a variant of BAE System’s Hawk trainer but to provide a clean-sheet design produced by its subsidiary Scaled Composites.  Boeing and SAAB have unveiled their own new aircraft which they assert is not a developmental aircraft. Darryl Davis, president of Boeing’s Phantom Works stated in a recent interview that “It is a production jet at this stage.”

The T-X RFP is being released against a backdrop of repeated Air Force acquisition debacles that have resulted in cost overruns and program delays. But the T-X program could well represent a new start for Air Force acquisition. The T-X RFP reflects a number of important lessons learned the hard way. Because all entrants are expected to be production-ready, the contract for the T-X will be firm, fixed price. The winning team will have to absorb any cost overruns.  In addition, there will be no concurrency; the winner must go through a thorough test program before beginning production.

While fixed pricing and the prohibition on concurrent development will protect the Air Force from major cost increases, they do not address the danger of schedule slippage. As discussed above, any delay in delivering the T-X will cost the Air Force dearly. Not surprisingly, all the potential competitors assert that their offering is sufficiently advanced, or even in production in some form. One would assume that this makes it unlikely that there will be a schedule problem.

But what if there were a delay? It is difficult to see how the Air Force could write a contract such that there would be consequences in 2023 or 2024 if the winning team failed to meet the required schedule. An attempt to do so would undoubtedly produce years of protests and legal wrangling.

The Air Force must carefully evaluate all the offerings with an eye to the companies’ ability to ensure schedule stability. Is sufficient allowance made for software development, systems integration and even tooling and workforce training?  Do the offerors’ management plans engender confidence that the teams will be able to respond to the inevitable unforeseen event to meet the contract deadline? In the absence of concurrent development, how will the ramp up to production be addressed? As the era of long development periods for major acquisition programs comes to an end, the Air Force needs to make time as important a factor in its procurements as it has cost.