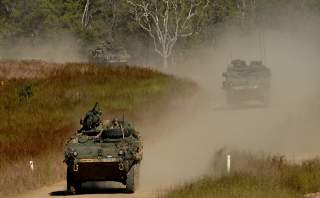 Everyone associated with national defense knows that the Pentagon’s acquisition system is too slow. Major weapons systems take twenty or more years to go from concept definition to full rate production. Even modified versions of platforms and weapons currently in production can be tied up for years in testing or in producing the information to support an Authorization to Operate. It takes at a minimum two or three years for a program office to define the requirements for an IT system or software program, do an Analysis of Alternatives, write the Request for Proposal, conduct a competition and award a contract. By that time, the state-of-the art in IT and software has advanced two generations.

The new Deputy Secretary of Defense, Patrick Shanahan, spoke recently about the “speed of relevance” in the context of current efforts to reform the defense acquisition system. Apparently, what he means by this is that the more important a capability is to current warfighting requirements the faster it needs to be developed and fielded. “The way I think about speed is like baseball in the farm system. You take a certain talent and [see] how quickly can you get it to the big leagues. Our whole system has to be about the same thing.”

Each of the Services face a similar problem. The Air Force is confronted by a highly lethal air defense environment. It can only be addressed by ramping up production of the F-35 Joint Strike fighter, building the B-21 bombers and introducing longer-range, more sophisticated air-delivered munitions. The Navy faces a prospective two ocean war with a one ocean Navy. Building up the Fleet fast means, inter alia, producing more ships and submarines, shortening the interval between new aircraft carrier starts and keeping existing ships in the fleet longer.

The Army faces possibly the most challenging acquisition environment. There are virtually no new programs that can be accelerated. Moreover, the Army faces a broad array of challenges, what it calls warfighting gaps, which need to be addressed quickly and economically.

A poster child for fast acquisition of relevant capabilities for the Army is General Dynamics’ Stryker Combat Vehicle Program. The Stryker was initially intended as an interim solution to the need for a light yet lethal armored vehicle that could be rapidly deployed around the globe, particularly to places without massive logistics and transportation infrastructure. It is based on the Canadian LAV III which itself was based on the Swiss Piranha III 8×8. The Stryker Brigade Combat Team (SBCT) was to be a fast-moving, infantry-oriented unit with additional firepower including a mortar vehicle and a mobile gun system. When the Future Combat System was cancelled, the Stryker became the long-term solution. Today, there are seven SBCTs, including one in the National Guard. Stryker units have performed superbly in Iraq and Afghanistan.

With more than 4,700 vehicles in the Army and a hot production line, the Stryker is well positioned to serve as the basis for the rapid introduction of advanced systems in response to urgent operational needs. General Dynamics, together with a number of other leading defense firms, has repeatedly demonstrated the ability to swiftly expand the mission space in which Strykers can perform.

The first example of how fast this program can respond to an urgent operational requirement is the Stryker lethality upgrade. When Russia seized Crimea and invaded Ukraine, the U.S. Army in Europe realized it had a significant lethality deficit vis-à-vis Russian combat vehicles. Rather than going back to the drawing board to invent a new ground combat vehicle that would not be available for twenty years, the Army wisely decided to upgrade its existing fleets of armored fighting vehicles. Part of the solution was to replace the Stryker infantry vehicle’s standard 50 caliber machine gun with a longer-range, highly lethal 30mm cannon. Working with Major General David Bassett, Army’s Program Executive Office for Ground Combat Systems, General Dynamics and its partners, Orbital ATK and Konigsberg, took the “Dragoon” variant of the Stryker from an idea on paper to the first new model in only 18 months. With a small addition to the Army’s procurement budget, every Stryker BCT could be equipped with the new Dragoon variant in just a couple of years. Additional capabilities, such as tube-launched Javelin antitank missiles, could be included on the Dragoon platform in the near future.

Revitalizing short-range air defense and countering unmanned aerial vehicles have emerged as a high priority for the Army. This month GD unveiled another Stryker variant, the Mobile Short-Range Air Defense (SHORAD) Launcher or MSL Stryker. The new vehicle integrates a Boeing-built Avenger Air Defense turret on the back deck of a Stryker. This launcher can carry a number of different missiles: standard Hellfire, AIM-9X Sidewinder or Longbow Hellfire. Additional sensors and weapons, including a tactical laser, could be integrated into the new turret.

The MSL Stryker was developed in just eight months using only corporate funds. This is how fast industry can move when it understands the customer’s needs and is free of the acquisition system’s stultifying regulations and processes. Unfortunately, no matter how well the system works or the urgency of the requirement, the test and evaluate community will want to take two more years to assess the MSL Stryker.

GD and Boeing also teamed up to develop a Stryker armed with a tactical laser. The Mobile High-Energy Laser (MEHEL) vehicle is reported to have performed well in a series of major tests against a variety of unmanned aerial vehicles. The current version of the MEHEL employs a 5kw laser. Future plans call for powering up the laser in the next few years to 60kw. At this higher level, the system could knock down artillery shells, mortar rounds and short-range rockets. While Boeing has been working on laser weapons for a number of years, the two companies were able to translate their experiences into the fielding of a working prototype in a matter of months.

The reality is that the acquisition process will never become fast or agile until the requirements community is restrained, federal regulations are pared back or, better still, largely ignored and the testing community is required to take a chill pill. Without the heavy boot of government on its neck, the private sector can develop, demonstrate and deliver new and powerful capabilities at speed.