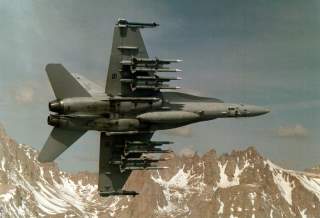 Senior U.S. intelligence and counterterrorism officials increasingly warn of the threat of “lone wolf” individuals attempting terror attacks within the United States. These potential perpetrators are characterized as externally motivated, but predominantly self-directed in plotting and attempting acts of politically and/or ideologically motivated violence. They need not travel to purported foreign “safe havens” to receive training or guidance, nor be in direct contact with terrorist organizations based abroad. Rather, their inspiration, in large part, appears to stem from the principles and narratives promoted by Islamist jihadist groups.

“We face a much greater, more frequent, recurring threat from lone offenders and probably loose networks of individuals. Measured in terms of frequency and numbers, it is attacks from those sources that are increasingly the most noteworthy…”

“Home-grown violent extremists continue to pose the most likely threat to the homeland.”

“We’re in a new phase…in the global terrorist threat where, because of effective use of social media, the Internet, by ISIL, al-Qaeda, we have to be concerned about the independent actor who is here in the homeland who may strike with little or no warning…”

“Their narrative is pretty powerful: The West, the United States, the modern world, is a significant threat to their religion. Their answer to that is to establish a caliphate. And they are being attacked by the U.S. and other Western nations, and by these apostate regimes in the region. Because they are being attacked they need support in two ways; people coming to fight for them, and people coming to stand up and attack coalition nations in their home.”

In summary, the most likely—though not most lethal—terror threats to Americans come from individuals living within the United States who are partially motivated to undertake self-directed attacks based upon their perception that the United States and the West are at war with the Muslim world.

Remarkably, these two observations have had virtually no impact on U.S. foreign policy discourse. In Washington, there is an agreed-upon, bipartisan understanding that under no circumstances will officials or politicians acknowledge, or even explore, the concept that foreign policy activities might play a role in compelling U.S. residents, who would not otherwise consider terrorism, to plot and attempt attacks. This is somewhat understandable given that there are many different backgrounds, experiences, and precursors that lead people to become violent extremists. Yet, whereas there are constant hearings and debates—even White House summits—about how to “counter violent extremism,” there is rarely any consideration of which U.S. foreign policy activities might themselves be precursors to U.S. terrorism.

In fact, the only foreign policy decisions that the Obama administration admits might inspire terrorism are those made by Obama’s predecessor. The first is one that the White House has tried to reverse since January 2009: detaining terror suspects at Guantanamo Bay, Cuba. Most recently, at a House Armed Services Committee hearing on March 18, Secretary of Defense Ashton Carter endorsed closing the military prison because, “It still provides a rallying point for Jihadi recruiting.” The other decision is the 2003 invasion of Iraq; as President Obama stated on March 17, “ISIL is a direct outgrowth of al-Qaeda in Iraq that grew out of our invasion, which is an example of unintended consequences.”

Of course, another unintended consequence emerged from the U.S.-led airwar in 2011 that ensured the toppling of Muammar al-Qaddafi in Libya.  As a U.S. military official told the Wall Street Journal today, “ISIL now has an operational presence in Libya, and they have aspirations to make Libya their African hub. Libya is part of their terror map now.”  Compare this recent warning to how the State Department described Libya on the eve of the 2011 airwar: “The Libyan government continued to demonstrate a strong and active commitment to combating terrorist organizations and violent extremism through bilateral and regional counterterrorism and security cooperation, particularly on the issue of foreign fighter flow to Iraq.”  Now, foreign fighters are flowing from Iraq and Syria to establish a stronghold in Libya. This is clearly an unintended, though not at all unsurprising, consequence, but not one that the Obama administration will acknowledge because it happened under its watch.

More critically, what foreign policy activities are bolstering the narrative of Islamic jihadist groups today? Is it really just the 122 terror suspects still in Guantanamo? What about drone strikes, which themselves are universally hated? Or, what of the support for President Abdel Fattah el-Sisi in Egypt, whose government sentenced that country’s first elected leader to death this week? Finally, is the U.S.-led airwar against IS fueling that narrative and making the likelihood of lone wolf attacks within the United States more likely?

What else is the United States doing abroad that could be making Americans less safe from lone wolf terrorism at home? Why is this never asked or considered when officials and politicians discuss how the thirteen-and-a-half-year war on terrorism is progressing?