U.S. Military's 20 Most Dangerous Weapons (Thanks to the Navy, Marines, Army and Air Force) 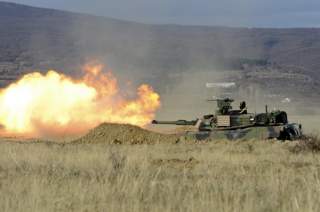 The U.S. military is clearly the most sophisticated, most advanced and most powerful on the planet for a very simple reason--having the best weapons.

Spread over the Navy, Marines, Army and Air Force, as well as in other areas such a cyber, space, and nuclear forces, Washington's armed forces are ready for almost any problem in almost any part of the globe.

But what are the very best weapon systems America has? Specifically, looking at many of the different service branches, what are the best of the best?