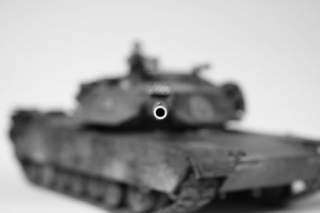 Around 1,000 U.S. airmen and fighter jets will train alongside the South Korean Air Force in the two-week Max Thunder exercise, one of the largest military flying exercises held in South Korea, U.S. Pacific Command revealed. The joint combat exercises began Monday and will last until the end of April.

North Korea rolled out a collection of new missiles over the weekend, including several intercontinental ballistic missile models. The North also attempted to launch a ballistic missile, but it exploded shortly after launch, with White House officials calling North Korea’s latest provocation a “fizzle.”

The joint military drills will involve American F-16s from the 7th Air Force, AV-8Bs from the 12th Marine Aircraft Group, and EA-18Gs from Electronic Attack Squadron 132. South Korea will deploy 500 personnel, a number of F-15K, F-16, F-5E, and F-4E fighter jets, and a few other Air Force aircraft.

“This exercise will rigorously test our aerial combat capability and highlights the ironclad commitment between the U.S. and (South Korea), and the multifaceted capabilities we possess in this theater,” Lt. Gen. Thomas W. Bergeson, the 7th Air Force commander, said in a statement.

The joint military drills are being held at Kunsan Air Base.

“It’s clear that the president is determined not to allow this kind of capability to threaten the United States … Our president will take action that is in the best interest of the American people,” he explained.

In South Korea, Vice President Mike Pence said that North Korea should take note of what the new administration has done to other international troublemakers in recent weeks. “Just in the past two weeks, the world witnessed the strength and resolve of our new president in actions taken in Syria and Afghanistan,” Pence said Monday.

“North Korea would do well not to test his resolve — or the strength of the armed forces of the United States in this region,” the vice president added.

The U.S. and South Korea will hold another air combat drill, the Vigilant Ace exercises, later this year. The U.S. and its Asian allies have been training almost non-stop for the since early March in preparation for a crisis on the peninsula. North Korea has launched eight ballistic missiles in five provocations this year, and more are expected in the near future.