U.S.-Taiwanese Relations After the Midterms: A Unique Opportunity 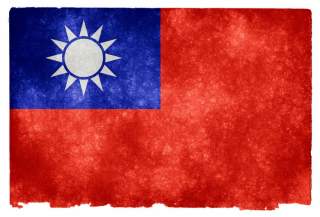 On the 35th anniversary of the Taiwan Relations Act, I argued in The National Interest and at an event at the American Enterprise Institute (AEI) that our relationship with Taiwan has suffered from benign neglect for far too long. Sustaining a productive partnership with Taiwan is critical to the success of U.S. strategic goals in the Asia-Pacific region. Unfortunately, the Obama administration still needs to do more to reinvigorate the bilateral relationship. It should work directly with Taiwan to actively promote peace and stability in Asia; strengthen the bilateral economic and trade relationship; preserve democracy, human rights, and media freedom; reopen blocked channels of communication; and facilitate meaningful participation in international organizations.

Will Republican majorities in the House and Senate benefit Taiwan in concrete ways? It’s hard to say. On the one hand, Congress is able to successfully speak out on sensitive bilateral issues that are more difficult for the administration to address directly and forcefully in public. In recent years, Congress has also held a number of public hearings focusing on various aspects of the U.S.-Taiwan relationship. The previous generation of Congressional Taiwan hands pushed for the island to respect human rights and democratic norms during the White Terror. Yet, China’s increasingly aggressive behavior is demonstrating to a new generation of Congressmen and women that the United States must support Taiwan’s continued democratic consolidation and international diplomatic breathing space as well as promote enhanced bilateral economic and security relations. These are nevertheless all largely bipartisan efforts.

Perhaps the strongest potential benefit of a Republican Congress is enhanced support for the Asian rebalance and regional trade agreements. If the GOP leadership can facilitate the renewal of Trade Promotion Authority (TPA), then it might ultimately hasten Taiwan’s ability to join the Trans-Pacific Partnership or signal the possibility of a bilateral free trade agreement (FTA) in the future. According to the Congressional Research Service, while “TPA is not necessary to begin or even conclude trade negotiations… it is widely understood to be a key element of defining congressional authority, and of passing trade agreement implementing legislation. Therefore, its renewal can be construed as signaling serious congressional support for moving ahead with trade negotiations.” Although both the United States and Taiwan would need to commit to serious negotiations before either of these potential trade agreements could come to fruition, having a trade-friendly Congress is a positive first step.

On the other hand, although Congress has the capacity to pass laws that address specific bilateral problems—for example, mandating that the Senate must confirm the position of the American Institute in Taiwan director, our de facto ambassador in Taipei—it is the arguably the White House National Security Council and U.S. Department of State that have the greatest role in shaping, implementing, and managing Taiwan policy. It is thus unlikely that shifts in the political makeup of Congress will have a substantial effect on the overall contours of our bilateral relationship.

Although many members of Congress would undoubtedly like to pay greater attention to the Asia-Pacific region, developing a strategy to combat and destroy ISIL will remain a high priority for both the executive and legislative branches of government. Opportunities for pragmatic engagement with Asia—including Taiwan—will nevertheless emerge. Scholars, policy experts, and the American public at large must remain ready to grasp these opportunities as we work with our partners around the globe to secure long-term peace and stability.

When the 114th Congress convenes in January 2015, it would behoove them to think critically about the ways in which U.S. policymakers can leverage Taiwan’s strengths to enhance the proper functioning and effectiveness of the Asian rebalance. Washington cannot rely on traditional military allies alone. Our leaders must engage in robust, transparent, and honest dialogue with counterparts in Taipei to discuss how the island can help counter military threats from Beijing. Congressional leaders should also focus on bolstering our bilateral trade relationship while helping Taiwan lay the groundwork to enter into TPP negotiations. Diversification represents the key to Taiwan’s future growth, and is necessary to hedge against systematic risk from China.

The relationship between Taipei and Washington rests on a firm and durable foundation. Yet, a new generation of lawmakers has a unique opportunity to re-envision and reinvigorate the U.S.-Taiwan strategic and economic relationship during a pivotal and transformative period in our two nations’ development. The time is now to reaffirm our shared values and mutual stake in promoting a peaceful and prosperous Asia-Pacific region.