U.S. vs. China: Is China In Front of the U.S. in Developing Hypersonic Weapons? 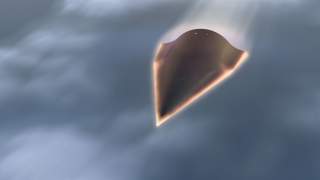 The U.S. wants to say in front of China with hypersonic weapons able to travel at five-times the speed of sound and destroy targets with a "kinetic energy" warhead.

The U.S. Air Force will most likely have high-speed, long-range and deadly hypersonic weapons by the 2020s, providing kinetic energy destructive power able to travel thousands of miles toward enemy targets at five-times the speed of sound.