Uzi: The Israeli Machine Gun That Conquered the World 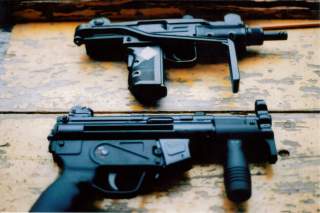