Video: Is America or Russia to Blame for the New Cold War? 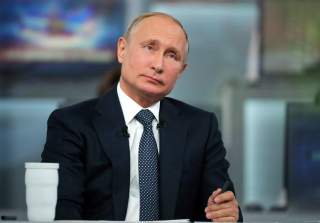 In this video, Stephen F. Cohen and Michael A. McFaul conduct a debate called “The New U.S.-Russian Cold War—Who Is To Blame?” It originally took place on May 9, 2018 and was held by the Harriman Institute and New York University’s Jordan Center for the Advanced Study of Russia. It provides a superb guide to some of the most controversial issues surrounding the U.S.-Russia relationship, both in the past and the present.

Cohen is a prominent historian who regularly comments on U.S.-Russia relations. His sweeping and forceful critiques, which are grounded in a close study of the Russian past, have often provoked discussion and debate both during the cold war and today. His biography Bukharin and the Bolshevik Revolution, which suggested that the rise of Stalinism was not inevitable, has become a classic work. Cohen is professor emeritus of Russian studies, history, and politics at New York University and Princeton University. A Nation magazine contributing editor, his recent book, Soviet Fates and Lost Alternatives: From Stalinism to the New Cold War, is available in paperback from Columbia University Press. Cohen told Slate in May 2017 that he laments the “utter demonization of Putin in this country. It is just beyond anything that the American political elite ever said about Khrushchev, Brezhnev, and the rest. If you demonize the other side, it makes negotiating harder.”

McFaul was the American ambassador to Moscow from 2012–2014. He is currently A Hoover Institution Peter and Helen Bing Senior Fellow and the director of the Freeman Spogli Center for International Studies at Stanford University. A frequent commentator on foreign affairs, he has previously described himself as a “specialist on democracy, anti-dictator movements, revolutions.” He is the author of the new memoir From Cold War to Hot Peace: An American Ambassador In Putin’s Russia, which has been widely reviewed. In it, McFaul writes that he “tried to distinguish between our government’s disdain for authoritarian policies pursued by the Kremlin and my respect for the Russian people, culture, and history. The Kremlin hated that. As one person close to the Kremlin revealed to me, my obvious love for Russia drove the Putin government nuts. I would have been a much easier target if they could have portrayed me as a Cold War Russophobe.”