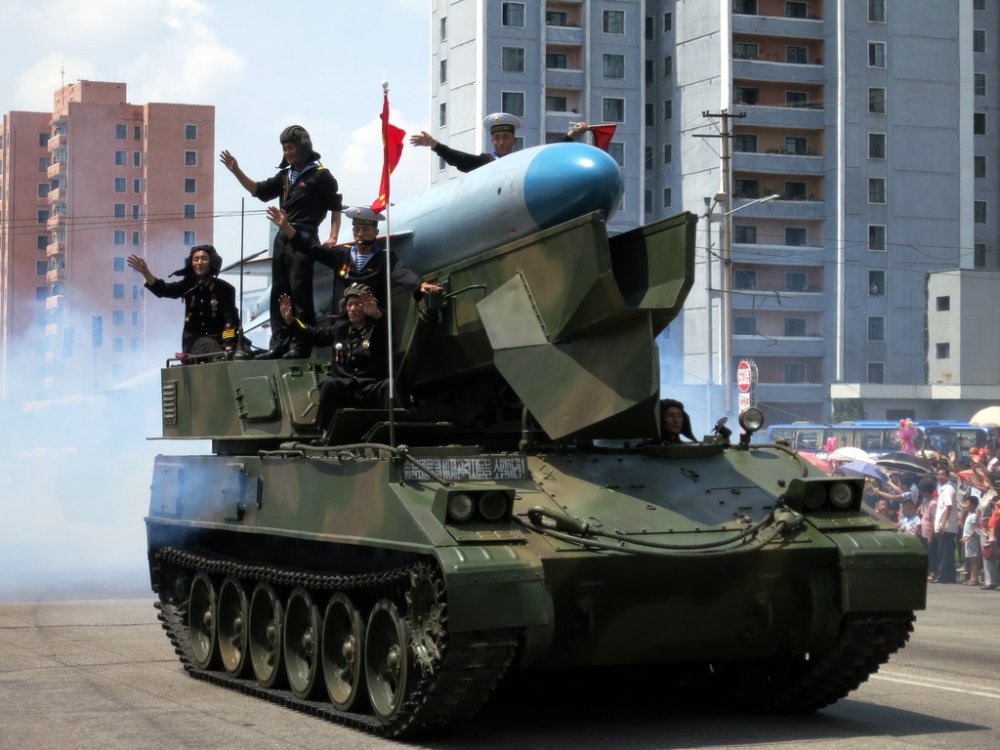 Pyongyang successfully tested a Pukguksong-2 (KN-15) medium-range ballistic missile Sunday. The weapon is a two-stage, solid-fueled, canister-launched missile fired from a road-mobile Transporter Erector Launcher (TEL). First tested in February, the KN-15 can be launched with little warning and is less vulnerable to preemptive strikes.

The missile is based on is predecessor, the KN-11, a submarine-launched ballistic missile the North tested successfully last August.

Kim Jong-un personally oversaw Sunday’s test, during which the missile flew over 300 miles before splashing down in the East Sea/Sea of Japan. The missile was lofted during testing, but were it to be fired along a standard trajectory under normal combat circumstances, expert observers suspect the weapon could hit targets over 1,200 miles away.

Calling it a “successful strategic weapon,” the North Korean leader has approved the KN-15 for action.

Some observers suspect that the Hwasong-12 may be the technological foundation for a future intercontinental ballistic missile, the weapon necessary for North Korea to make good on its threats and strike targets in the U.S.