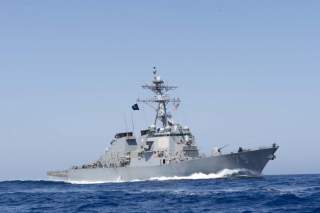 The United States must also continue developing military-to-military ties with local armed forces (something Obama highlighted in his response to a question in Hanoi), through U.S.-provided training and joint exercises and perhaps an expanded military presence, in Vietnam’s case at Cam Ranh Bay.

These measures will place even greater pressure on Moscow to side with ASEAN states against China and in order to sell weapons and sustain other security ties with these Southeast Asian countries.

In turn, this will sharpen China-Russian differences over East Asian security, exposing tensions that so far they have managed to suppress.