Wanna Conquer Some Territory? This New Study Can Show You How to Do It. 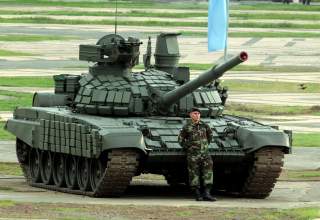 A new study on how states have conquered new land over the last century has important implications for global politics from Asia to Europe.

The new study was published by Daniel Altman in the the December 2017 issue of International Studies Quarterly, an academic journal. Using a new data source of all “land grabs” since 1918, Altman finds that states have overwhelming used fait accompli rather than coercion to conquer new land.

“From 1918 to 2016, 112 land grabs seized territory by fait accompli, with Crimea being the most recent. In that same span, only thirteen publicly declared coercive threats elicited cessions of territory,” Altman writes. These numbers are slightly misleading, however. For starters, there were only eighty-four distinct cases of a fait accompli during this time. Altman reports 112 of them because in twenty-eight cases the target of the attack tried to immediately retake the land, which he counts as twenty-eight separate land grabs. Moreover, his database does not include times when states conquered others through brute force—such as when Iraq invaded Kuwait in 1990.

Still, the results point to a definitive trend as coercion has becoming an increasingly uncommon strategy for conquering new land, while instances of fait accompli are on the rise. “From 1945 onward, coercive threats have only resulted in territorial acquisition twice, as compared to eighty-two land grabs in this period,” Altman writes.

In the study, Altman notes that there are three main ways a state can conquer new territory: brute force, coercion and fait accompli. He uses an armed robber trying to steal a person’s wallet to illustrate the difference between the three types. If using brute force, the robber could simply kill his victim and take the wallet. If the robber was to use coercion, he’d threaten to shoot the victim if the latter didn’t hand over his wallet. By simply grabbing the wallet and expecting the victim not to press the matter, the robber would be presenting him with a fait accompli. Of course, there are plenty of real-world examples to illustrate each concept as well. Nazi Germany took Sudetenland through coercion and France by brute force. Russia conquered Crimea in 2014 through a fait accompli.

One of the limitations of a fait accompli, then, is that it can only result in a limited territorial gain. If the aggressor is seeking a large territorial gain it is unlikely to go unchallenged by the victim. Had Russia sought Kiev instead of just Crimea, Ukraine would have almost certainly chosen to fight. Of course, the aggressor cannot be absolutely certain where the victim’s threshold lies. Altman thus refers to a fait accompli as a calculated risk. “Whether it results in a successful gain or escalation depends on whether the challenger has successfully gauged the level of loss the defender will accept,” he writes. Sometimes the aggressor miscalculates. Argentina, for instance, thought British would accept its seizure of the Falkland Islands in 1982. It was wrong. That being said, “most land grabs do not start wars. Fewer still provoke high-intensity wars of attrition.” Indeed, as noted above, Altman calculates eighty-four distinct cases of a fait accompli since 1916, twenty-eight of which resulted in an immediate retaliatory response.

As Altman points out, his findings counter the prevailing wisdom that territorial conquest has largely disappeared as a feature of international politics. While this is mostly true for full-scale invasions, smaller land grabs persist. As Altman puts it: “Conquest no longer goes hand in hand with warfare as part of a brute force strategy. Land grabs attempting to take smaller territories without provoking war as part of a fait accompli strategy are now the predominant form of territorial conquest. Conquest has not gone away, but rather has become smaller, more targeted, and less violent.”

Although certainly preferable to major conventional wars, faits accomplis can have large-scale ramifications. This is probably most evident in the case of China and the Asia-Pacific. By making small territorial gains against Vietnam in the Paracel Islands and the Philippines in the Scarborough Shoal, Beijing is positioning itself to dominate the entire maritime region. This will allow it to dictate the rules of the road in important ways. In other cases, such as the Kargil War in 1999, faits accomplis between two countries can threaten to escalate into nuclear war. Given the importance at stake, it is long past time to devote more study to this phenomena.