Is a War between China and America Simply Unstoppable? 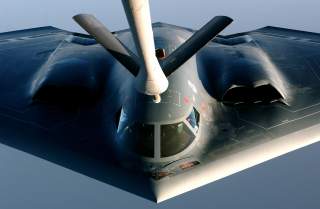 Building his analysis on Thucydides’ study of the Peloponnesian War, Graham Allison and his colleagues have studied the classic international relations problem of military conflict between a rising power and an established dominant power. They identified 16 such situations over the past 500 years, and found that 12 of them ended in war — painting a gloomy picture of the future of US–China relations.

Critics of Allison’s work have argued that the relationship between the United States and China is very different. They are deeply interdependent both economically and politically, with sustained communication between the US and Chinese militaries. Others note that mutual assured destruction means that a US–China nuclear war would be suicidal, making even the suggestion of war between the two countries unthinkable.

These are valid reservations but there are three key points missing in critics’ dismissal of Allison’s warnings. These are the unprecedented risk involved in nuclear war, the positioning of today’s militaries and the reality of an erratic and unpredictable president of the United States.

Since the sole use of nuclear weapons in wartime — the 1945 attacks on Hiroshima and Nagasaki — scholars have meticulously assessed the likely human cost of any subsequent use of nuclear weapons. Such studies have become of particular importance considering that the capacity of the weapons held in the arsenals of the nine nuclear powers today is many times more destructive than what was unleashed in the World War II bombings.

The consensus is that a nuclear exchange between any two of the major powers would result in the deaths of hundreds of thousands — if not millions — of civilians, as well as the likely advent of a so-called ‘nuclear winter’ in at least the Northern Hemisphere that would make human existence difficult, if not impossible. Never have we faced such possibilities of mass destruction.

The Bulletin of the Atomic Scientists’ Doomsday Clock is set at three minutes to midnight, the closest to disaster since the 1980s.

The second point that many critics ignore is that the United States, China and Russia have all trained and positioned their militaries to launch a nuclear attack on the others at literally a moment’s notice. Admiral Scott Swift, Commander of the US Pacific fleet, was once asked whether he would follow through if US President Donald Trump ordered him to launch a nuclear attack on China. He replied in the affirmative, citing the foundational principle of civilian control over the military. US military forces, like the militaries of all nuclear powers, are trained to engage in nuclear war in obedience to the command of their political leader, without hesitation or reconsideration.

Third, the Thucydides Trap argument is a structural analysis, focused on the changing material capabilities of competing powers. But the presidency of Donald Trump requires us to add another dimension to the problem: the role of political leaders. To date, Trump’s presidency has been inept and dangerously destabilising. Moreover, public criticism of his behaviour has apparently caused him to behave even more erratically and defensively. This kind of leadership makes the likelihood of confrontation and conflict even greater.

It is vital to understand just how extraordinary are the times in which we live. Unlike the 5th century BC of Thucydides’ Greece, the stakes today are higher, the dangers are greater, and the need to take constructive action is more urgent than at any time before.

Peter Van Ness is a Visiting Fellow in the Department of International Relations at the Coral Bell School, The Australian National University.