A War Between the U.S. and China Would Be World War III (And Might Be Hard to Shut Off) 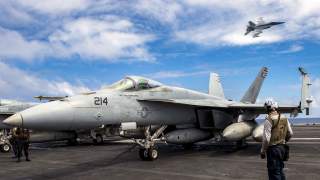 The window for war between the United States and China will, in all likelihood, last for a long time. Preventing war will require tremendous skill and acumen from diplomats and policymakers. Similarly, the demands of positioning either side for victory will continue to tax diplomatic, military, and technological resources for the foreseeable future. At the moment, however, we shouldn’t forget that China and the United States constitute the heart of one of the most productive economic regions the world has ever seen.

How does the unthinkable happen? As historians continue to contemplate the various historic anniversaries around World War I through next year, the question of unexpected wars looms large. What series of events could lead to war in East Asia, and how would that war play out?

How the War Would Start:

How do the Allies Respond:

The “Hold Your Breath” Moments: