Warning: Iran Could Already Be Gaming the Nuclear Deal 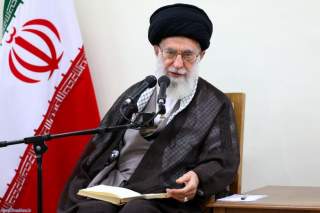 While the world focused on the escalating Russian and Iranian intervention in Syria, the continuing debate in Tehran over adopting the Joint Comprehensive Plan of Action (JCPOA) has gotten a little lost. But listening to the Iranian parliament argue whether the nuclear deal should be adopted—something the US Congress will not get a chance to do—provides great insight into how the leadership intends to implement the deal. Little of this insight is reassuring.

As we approach the deal’s October 19 Adoption Day anticipated by the United Nations Security Council, there is no indication that Iran is backing away from the JCPOA. That has not stopped Supreme Leader Ayatollah Khamenei from letting the parliament and hardline critics have a go at the JCPOA’s flaws, especially if that helps check President Hassan Rouhani’s popular support. The special parliamentary commission established to review the JCPOA has frequently taken an adversarial stance towards the deal and the president over the past few weeks.

Parliament Speaker Ali Larijani, a current ally of Rouhani, has rushed the commission’s review under a “double emergency plan” mechanism. The mechanism—which sounds awfully like something from Animal House—is most likely designed to minimize the bloodletting from a drawn out process. Parliamentarian and Commission Spokesman Hossein Naghavi Hosseini stated the final report will likely recommend a resolution that will neither “accept” nor “reject” the nuclear deal, but instead would “provisionally approve” the JCPOA. This gives the parliament its say without hampering the administration’s ability to maneuver.

Once the report is read in parliament, there will be plenty of spin designed to obscure the realities of the deal and appease domestic audiences. Atomic Energy Organization of Iran (AEOI) spokesman Behrouz Kamalvandi’s statement that Iran collected samples at the Parchin Military Complex in the absence of inspectors from the International Atomic Energy Agency (IAEA) cast doubt on the integrity of inspections at the suspect site. It also showed the extent to which concerns of regime legitimacy continue to outweigh appearances in the minds of Iran’s leaders. Expect to see a litany of assertions about what the JCPOA does and does not compel Iran to do. Officials will argue the agreement does not restrict Iran’s missile activity, and that sanctions relief should be immediate per the Supreme Leader’s redlines.

Cherry-picking which parts of the deal will be considered legitimate is one element of a larger approach Tehran appears to be taking with the JCPOA. Supreme Leader Khamenei and former nuclear negotiator Saeed Jalili have argued that because the P5+1 members are only “suspending” the sanction regime rather than removing it, Iran should handle its implementation of the deal in a similar manner. By merely “suspending” its nuclear program, Iran can keep it as reconstitutable as possible. This is easy with some program components, such as centrifuges. Other elements will be more difficult, especially the required reconfiguration of the Arak heavy water research reactor and the reduction of Iran’s uranium stockpile.

The P5+1 and Iran are still negotiating the details of the redesign for the Arak reactor, and Iranian officials have attempted to spin this issue as well. On July 27, Salehi argued that US Secretary of State John Kerry was “mistaken when he said that the Arak Reactor’s core will be removed and filled with concrete.” Salehi emphasized that while that the calandria will be removed, set aside, and filled with concrete—just as Kerry had noted—Iran would retain the option to “install a new reservoir in the place of the old one” should the nuclear deal fail. Regardless of Salehi’s spin, the JCPOA requires that the existing calandria “be made inoperable”. China is coordinating Arak-related talks between Iran and the P5+1, but these details must be worked out prior to Implementation Day, currently expected in early 2016.

Iran’s arrangements for the conversion or transfer of its excess uranium stockpile also remain to be determined. Iran’s Permanent Representative to the IAEA Board of Governors Reza Najafi explained on September 11 that it was “possible” Iran could transfer its excess stockpile to Russia, but noted that Iran was reviewing its “strategies, methods, and options.” He explained, “One existing option is changing and converting stockpiles, and another option is exporting products to other countries.” Recent reports from the sidelines of the September IAEA General Conference indicate that the Russian option is coalescing. Salehi met with Sergei Kiriyenko, the head of Russia’s nuclear company Rosatom, and discussed the "issue of when, how, and in what manner" to transport enriched uranium to Russia.

It is a good bet that Russia will be the end buyer for the stockpile, just as it is likely that China will play a large role in the redesign of Arak. Iranian officials’ insistence on weighing their options could be seen as simply foot-dragging, or as a prelude to a more serious effort to game the terms of the JCPOA. The Iranian leadership also needs these public debates to prevent Tehran’s compliance with the deal from appearing as capitulation to the West.

Ultimately, Iranian officials will continue spinning statements for domestic audiences, emphasizing the reversibility of those aspects of the nuclear agreement that the P5+1 hoped would be the most irreversible.

Editor's Note: This piece originally appeared on AEIdeas blog. You can find it here.