A Warning: What UnitedHealthcare’s Decision to Ditch Obamacare Means 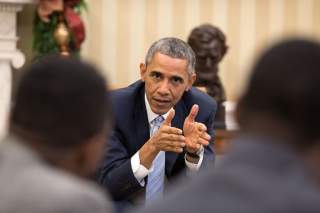 In the wake of UnitedHealthcare’s decision to exit Obamacare’s marketplaces in 2017, consumers purchasing coverage on the exchanges may have fewer choices and less competition.

UnitedHealth Group CEO Stephen Hemsley announced during an earnings call last week that the nation’s largest health provider would be exiting the majority of the exchanges after warning the marketplaces were a risky investment.

To date, the insurer is pulling out of 26 of the 34 exchanges it offered coverage on last year. UnitedHealthcare enrolled 795,000 consumers as of March 31, and the company expects to see that number decline to 650,000 by the end of 2016.

Hemsley warned in November that UnitedHealthcare was considering leaving the marketplaces after reporting it lost money from its exchange coverage. Now, with participation from other big market players in flux with mergers and acquisitions, consumers across the country could face fewer choices when signing up for health insurance during the 2017 open enrollment period.

“I think the consensus has been that it’s not going to have a significant impact on consumers,” Chris Sloan, a senior manager at Avalere Health, told The Daily Signal. “Now, that depends on who you are as a consumer. But in states where they pull out, you’re going to have to switch plans and actively shop. When you go from two [insurers] to one, you notice.”

With UnitedHealthcare’s decision to leave 26 exchanges, consumers in the affected states could find themselves with only one option when searching for coverage for 2017.

According to an analysis conducted by the Kaiser Family Foundation, UnitedHealthcare’s departure could lead to a drop from two insurers to one in 29 percent of the 1,855 counties where the company sold coverage.

Additionally, the insurer’s exit could have a significant impact on consumer choice in seven states—Alabama, Arizona, Florida, Kansas, Mississippi, Oklahoma, and Tennessee—where more than half of the counties in each of those states will experience a drop from two insurers to one insurer participating in the exchanges, the organization found.

In Lee and Collier Counties in Florida, for example, UnitedHealthcare’s departure means consumers in those two counties may soon only be able to choose plans sold by Florida Blue, part of the Blue Cross and Blue Shield Association.

Additionally, in both Kansas and Oklahoma, all exchange enrollees could be left with only one insurer to select coverage from should UnitedHealthcare decide to exit those exchanges. Sloan said:

For consumers, when your health plan pulls out, you have the potential to see disruptions in continuative care. If United pulls out and you go into the Blues or Aetna, there’s a chance that your doctor isn’t in the network or there’s a chance that they don’t cover your drugs. The biggest message for consumers is if they were in a United plan that’s leaving, they are going to have to take a very proactive approach to their coverage and make sure what they’re enrolling in next covers their drugs, has their provider in network, and things like that.

Sloan said that counties likely to be most affected by UnitedHealthcare’s exit—particularly those that could see a drop in insurers from two to one—are in rural areas. Limited choice in those counties is common, as carriers often decide not to set up networks there, he continued.

“There are going to be places where you go from you as a consumer having a choice and now you don’t, and then it will be incumbent on some of the states and the federal government to figure out ways to incent health plans to play into those areas,” Sloan said.

While UnitedHealthcare’s departure from Obamacare’s exchanges could impact consumers who were previously enrolled in coverage through the insurer, Ed Haislmaier, a senior research fellow in health policy studies at The Heritage Foundation, said it’s not only UnitedHeathcare’s exit that’s going to affect consumer choice.

Mergers are currently in the works for two pairs of large insurers: Aetna toacquire Humana and Anthem to take over Cigna. If the mergers are approved, exchanges selling coverage from those four companies and UnitedHealthcare last year would see yet another drop in choice.

“United isn’t the only one who is going away,” Haislmaier told The Daily Signal. “Between exits and consolidations, you’ll see fewer competing carriers.”

“It’s less clear regarding the premiums,” Haislmaier said. “What I think is going to have more of an impact on premiums is the plan design. The pattern that I’m seeing and what is behind United’s move is that insurers for exchange coverage have to offer restricted or narrowed networks. If they’re not set up to do that, then this isn’t a good market.”

So far, UnitedHealthcare is the only major insurer that has decided to leave the exchanges next year. Others, like Anthem and Aetna, are expected to participate.

Both Anthem and Aetna lost money on the exchanges last year.

Insurers are currently in the process of applying to sell coverage on the exchanges for 2017, and carriers have until mid-September to formally sign on to sell coverage in the marketplaces, Haislmaier said.

“We will see what unfolds over the next few months,” he said. “I think there will be others dropping out, and then we’ll see how the mergers and acquisitions play out.”