Watch Out, China: America Sends Most Advanced Bombers to Asia-Pacific 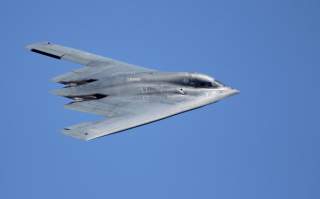 The United States sent three of its most advanced bombers to the Guam base this week, according to the U.S. Air Force.

In a press release published on its website on Monday, U.S. Air Force Global Strike Command said that “Three B-2 bombers and approximately 225 Airmen from Whiteman Air Force Base, Missouri, deployed to Andersen Air Force Base, Guam, Aug. 7 to conduct familiarization training activities in the Pacific region.”

No other details were provided in the statement, however, it is likely that the bombers were on a routine training mission. Indeed, in early August 2014, three B-2s deployed to Guam from Whiteman Air Force Base as part of an Air Force Global Strike Command training exercise.

The United States has hosted a bomber fleet at Andersen Air Force Base in Guam since 2004, according to The Aviationist. These normally stationed bombers, however, usually consist of the less advanced B-1 and B-52 bombers.

The United States used to keep B-2 bombers deployed in Guam, but they were removed from regular rotations in 2010 following an engine fire in one of the B-2s. In addition, a B-2 crashed in Guam in 2008.

Guam’s importance has only grown in importance since the Obama administration initiated its rebalance to Asia policy in 2010. U.S. officials, including then-Deputy Secretary of Defense Ash Carter, have regularly referred to Guam as a “strategic hub” of operations for U.S. military forces operating in the Indo-Pacific region. Andersen Air Force Base is located roughly 1,800 miles (2,900 km) east of China.

The United States has regularly flexed its bomber muscle in the Asia Pacific in recent months. For example, as The National Interest previously noted, last month two B-52 Stratofortresses conducted a live bombing in Australia.

“These flights are one of the many ways the U.S. demonstrates its commitment to a stable and peaceful Indo-Asia Pacific region,” Adm. Cecil D. Haney, the commander of Strategic Command, said at the time of the live bombing drill.

The B-52s took off from Barksdale Air Force Base in Louisiana and conducted a non-stop 44-hour flight to participate in the drill.

The B-2 is the Air Force’s most advanced bomber. As Dave Majumdar has noted on The National Interest:

“The Air Force’s tiny fleet of twenty Northrop Grumman B-2 Spirit stealth bombers is the only long-range penetrating strike asset in the service’s arsenal. No other aircraft in the Air Force inventory has the range to take off from the continental United States and strike at targets on the other side of the globe inside highly contested airspace. The B-2 has an unrefueled range of around 6000 nautical miles, but that can be extended to around 10,000 with aerial refueling.”